John D. Daniello is the state Chair. The Delaware Democratic Party is one of the two biggest parties in the state of Delaware (the other being the Republican Party) and has existed since the Jacksonian Democrats broke away from the Federalists in 1825. Besides their most prominent current political figure, Vice President Joe Biden, the party has occupies all federal seats for the state in Congress and currently has majority control over the state legislative and executive branch.

As the first state of the United States, Delaware was at the forefront of the creation in U.S. political parties. The origins of the Delaware Democratic Party can be traced back to the original anti-federalist party. While key difference divide this part from the Democratic Party today, key issues involving government involvement and ideologies such as Jeffersonian and Jacksonian can be linked to modern day ideals of the Delaware Democratic party.[1] Yet, despite being one of the first states with true parties, the spiritual predecessor of the Democratic party struggled to support its agenda in the state. It wasn't until the splitting of parties into federalists and Jacksonians that the Democratic party got its first true start. With only one bad loss in 1855 to the American Party, the Democratic Party dominated politics up until the end of Reconstruction in the United States.[1] Most fascinating of all, was how the party maintained its popularity during the Civil War. Despite being a northern state, Delaware Democrats opposed the abolition of slavery and named themselves "the white man's party" as they fought the Republican congress during Reconstruction.[1] With 36 years of election dominance, the Democrats eventually fell out of power due to one major factor, the growth of industry in the state.

An era of weakness

Following the ousting of the Democrats in both the federal and state sector, the Republican party remained the dominate party throughout the early 1900s and up until World War II. Even when John Addicks attempted to illegally purchase the Republican seat in the U.S. Senate, the Democrats were unable to capitalize. To emphasize just how fare the party had fallen, the seat that Addicks attempted to take lay vacant for four consecutive terms with the Democrats unable to take it despite the clear corrupt actions of the Republican candidate Addicks.[1] From 1897 to 1936, Delaware Democrats were irrelevant in politics with Republicans either dominating the state senate and house of Representatives or the Democrats completely absent from federal politics. With the power of industry overriding agriculture, the Democratic Party was not be able to regain an equal footing in the state until Franklin D. Roosevelt came into office.

Trading time with the Republicans

Following its period of weakness, the Democratic Party of Delaware began to regain an equal foothold with its Republican Rival following World War II. While evidence Republican domination could be still be see in the form of J. Caleb Boggs and John J. Williams, the third member of this "Big Three" was a Democrat named Elbert Carvel. Carvel served two terms as the governor of the state and helped keep his party relevant even when they did not control the state.[1] Despite what occurred in the past, The Democrats of the late 1970s to 2000 held an equal footing in the state, neither party gaining serious ground on the other. Democrats would end up holding the Governor position in the state for 30 years in comparison to their counterparts possession of the position for 29.[1] Even after the Republicans had held the office of the Governor more than 20 years, the Democrats simply took it back and continue to occupy it to this day.

In the past few years, the Democratic Party has risen to become the most popular party in the state of Delaware. With Democrats controlling the 5 of 6 state executive positions, 14 of 21 State Senate Seats, 26 of 41 State House of Representatives Seats, and all three seats in the federal legislative branch, the party has control over the federal and state levels of both the Legislative and Executive branch.

The Delaware Democratic Party basis of its platform on the policy of inclusiveness and using this policy to help strengthen and assist the citizens it is tasked to govern.[2] 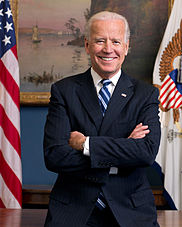 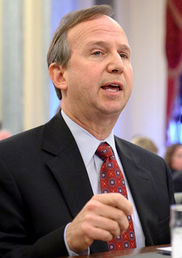 In the 2008 U.S. Presidential election, Senator Joe Biden was elected Vice President of the United States alongside Illinois Senator Barack Obama, who was elected President of the United States. Biden is the first Delawarean to run on a presidential ticket, and the first Delawarean to be elected and hold the office. Biden assumed the Vice Presidency in on January 20, 2009.

In 2011, Democrats control fourteen of the statewide elected offices.[3] State Senators must be citizens of the United State and have resided in Delaware for three years. Candidates must also have been a resident of their respective district for at least one year preceding their election. The age requirement to run for this elected seat is 27 years old.

In 2011, Democrats control 26 of the 41 statewide elected offices.[4] Any candidate running for the House of Representatives must have lived in Delaware for three years and be a U.S. citizen. The candidate must also live in the district at least one year prior to running for office and be at least 24 years of age. 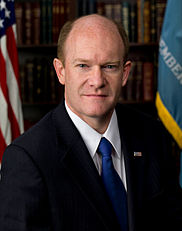 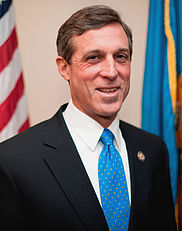