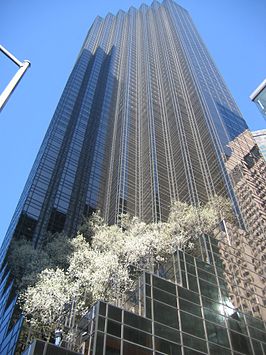 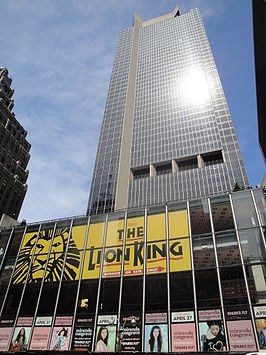 His best known work perhaps is Trump Tower[2] next to Tiffany & Co. on Fifth Avenue, New York, developed by Donald J. Trump. his other major buildings include One Astor Plaza, 520 Madison Avenue, the Continental Insurance Corporation headquarters in New York City, and the Northwestern Mutual Life Insurance Company Headquarters in Milwaukee. He was the design consultant for the Grand Hyatt Hotel in New York City.

Scutt was born Donald Clark Scutt in Wyomissing, Pennsylvania in 1934, near Reading. He attended the Wyomissing Polytechnic Institute and Penn State University. After working with Philip Johnson for a year, he transferred and received his Master's degree in Architecture from Yale University.

In 1961 he joined Edward Durell Stone. From 1962 to 1965, Scutt worked for Paul Rudolph and managed Rudolph's New York office. From 1965 to 1975, Scutt was an Associate with Kahn and Jacobs, where he designed One Astor Plaza. He joined Poor Swanke Hayden & Connell Architects in 1975 and was a partner in charge of design there from 1976 to 1981. Der Scutt began his own private practice in 1981.

Scutt participated actively as an author, lecturer, teacher, and officer in a variety of professional organizations. He was Vice-Chairman of the New York Building Congress for five years. He was the 1976 recipient of the Illuminating Engineering Society's Distinguished Service Award and was the first architect to receive that award. In 1979 he was elected to the prestigious and coveted Fellow Grade of the Illuminating Engineering Society of North America (I.E.S.N.A.) Scutt was a Fellow of the American Institute of Architects.

As the Project Designer for numerous corporate and institutional buildings and interiors, Scutt's work has been published in magazines, newspapers, professional journals, and popular magazines — both in the United States and internationally. In November 1981, The New York Times Magazine cover photograph included Scutt as one of New York City's prominent master architects, along with John Burgee, Cesar Pelli, Philip Johnson, Edward Barnes, and Raul de Armas. In 1984, two magazines "Interiors" and "The Designer" published cover stories on Scutt.

In 1987 Der Scutt was selected by a group of prestigious architects to be included in the international bibliography, Contemporary Architects. He has been a visiting critic in Architectural Design at Harvard, Yale, and Washington University. He also served on numerous design juries for the AIA, IESNA, Concrete Industry Board of New York, Progressive Architecture and The Tucker National Architecture Awards.

In 1989, Scutt bought his first ship model at a flea market and amassed one of the most unusual private nautical collections in the world. His collection spanned four centuries, including ocean liners, warships, commercial ships, sailing ships, and paddle steamers. The models came from all over the world. Articles on his collection of over six hundred models appeared in The New York Times, The Journal of Commerce, Town & Country, Nautical Collector, and other publications. In 2001 the South Street Seaport Museum acquired the Der Scutt Collection of Ocean Liner models and memorabilia.

In 1996, the Reading Pennsylvania Public Museum featured a major retrospective exhibit of Der Scutt's work and published the first comprehensive book on his work.

Der Scutt died of liver failure at his home in Manhattan on March 14, 2010.

Following is a partial list of his completed projects