Desegregation is the process of ending the separation of two groups usually referring to races. This is most commonly used in reference to the United States. Desegregation was long a focus of the American Civil Rights Movement, both before and after the United States Supreme Court's decision in Brown v. Board of Education, particularly desegregation of the school systems and the military (See Military history of African Americans). Racial integration of society was a closely related goal.

In the U.S. military

Starting with King Philip's War in the 17th century, blacks served alongside whites in an integrated environment in the North American colonies. They continued to fight in every American war integrated with whites up until the War of 1812. They would not fight in integrated units again until the Korean War.[1] Thousands of black men fought on the side of rebellious colonists in the American Revolutionary War, many in the new Continental Navy. Their names, accomplishments or total numbers are unknown because of poor record keeping.

During the American Civil War, Blacks enlisted in large numbers. They were mostly enslaved blacks who escaped in the South, although there were many northern black Unionists as well. More than 180,000 blacks served with the Union Army and Navy during the Civil War, in segregated units known as the United States Colored Troops, under the command of white officers. They were recorded and are part of the National Park Service's Civil War Soldiers & Sailors System (CWSS).[2]

Around 18,000 black people also joined the Union Navy as sailors. They were recorded and are part of the National Park Service's War Soldiers & Sailors System (CWSS).[2]

World Wars I and II

While a handful of Blacks were commissioned as officers in World War I, blacks were severely underrepresented throughout the conflict, though the NAACP lobbied for the commission of greater numbers of black officers. Upon entering office, President Woodrow Wilson segregated the United States Navy; previously the U.S. Navy had never been segregated.[citation needed]

During World War II, most officers were white and most black troops still served only as truck drivers and as stevedores.[3] The Red Ball Express, which was instrumental in facilitating the rapid advance of Allied forces across France after D-Day, was operated almost exclusively by African-American truck drivers. In the midst of the Battle of the Bulge in late 1944, General Dwight D. Eisenhower was severely short of replacement troops for existing military units—all of which were totally white in composition, so he made the decision to allow African-American soldiers to join the white military units to fight in combat for the first time—the first step toward a desegregated United States military. Eisenhower's decision in this case was strongly opposed by his own army chief of staff, Lieutenant General Walter Bedell Smith, who was outraged by the decision and said that the American public would take offense with the integration of the military units.[3]

In World War II, the U.S. Navy first experimented with integrating the USCGC Sea Cloud, then later the USS Mason, (both commanded by Carlton Skinner) a ship with black crew members and commanded by white officers. Some called it "Eleanor's folly", after President Franklin Roosevelt's wife.[citation needed] The Mason's purpose had been to allow black sailors to serve in the full range of billets (positions) rather than being restricted to stewards and messmen, as they were on most ships. The Navy was pressured to train black sailors for billets by Eleanor Roosevelt, who insisted that they be given the jobs they had trained for.

In 1948, President Harry S. Truman's Executive Order 9981 ordered the integration of the armed forces shortly after World War II, a major advance in civil rights.[4] Using the Executive Order meant that Truman could bypass Congress. Representatives of the Solid South, all white Democrats, would likely have stonewalled related legislation.

For instance, in May 1948, Richard B. Russell, Democratic Senator from Georgia, attached an amendment granting draftees and new inductees the opportunity to choose whether or not they wanted to serve in segregated military units to the Selective Service Act that was being debated in Congress, but it was defeated in committee. Truman signed Executive Order 9981 on July 26, 1948. In June 1950 when the Selective Services Law came up for renewal, Russell unsuccessfully tried again to attach his segregation amendment.

At the end of June 1950, the Korean War broke out. The U.S. Army had accomplished little desegregation in peacetime and sent the segregated Eighth Army to defend South Korea. Most black soldiers served in segregated support units in the rear. The remainder served in segregated combat units, most notably the 24th Infantry Regiment. The first months of the Korean War were some of the most disastrous in U.S. military history. The North Korean People's Army nearly drove the American-led United Nations forces off the Korean peninsula. Faced with staggering losses in white units, commanders on the ground began accepting black replacements, thus integrating their units. The practice occurred all over the Korean battle lines and proved that integrated combat units could perform under fire. The Army high command took notice. On July 26, 1951, the U.S. Army formally announced its plans to desegregate, exactly three years after Truman issued Executive Order 9981.

Soon Army officials required Morning Reports (the daily report of strength accounting and unit activity required of every unit in the Army on active duty) of units in Korea to include the line "NEM XX OTHER EM XX TOTAL EM XX", where XX was the number of Negro and Other races, in the section on enlisted strength. The Form 20s for enlisted personnel recorded race. For example, the percentage of Black Enlisted Personnel in the 4th Signal Battalion was maintained at about 14% from September 1951 to November 1952, mostly by clerks' selectively assigning replacements by race. Morning Report clerks of this battalion assumed that all units in Korea were doing the same. The Morning Reports were classified "RESTRICTED" in those years.[citation needed]

On October 12, 1972, a racially-fraught riot occurred on the USS Kitty Hawk.[5] "Despite the presence of a black executive officer, the ship's second-in-command, many black sailors felt they were dealt harsher punishments and menial assignments because of their race".[6]

The practice of segregating and discriminating in housing opportunity based on race has a long history in the United States. Up until the Civil Rights movement in the 1960s, segregated neighborhoods were enforceable by law. The Fair Housing Act, which was the first national law to outlaw housing discrimination, ended discrimination in the sale, rental, and financing of housing based on race, color, religion, and national origin. The passage of the Act was contentious. The Fair Housing Act was meant to be a direct follow up to the Civil Rights Act of 1964, however from 1966 to 1967 United States Congress failed to garner enough political support for its passage. At that time several states had passed their own fair housing laws and Congress was not convinced that a federal law was necessary.

It was only after the assassination of Martin Luther King, Jr., on April 4, 1968, and the ensuing riots that Legislation finally passed the bill and was signed into law on April 11, 1968, by President Lyndon B. Johnson, who was one of the law's strongest proponents. He called the new law one of the "promises of a century…it proclaims that fair housing for all—all human beings who live in this country—is now a part of the American way of life". Since the act's passage in 1968, it has been amended to include sex, familial status, and disability. The Office of Fair Housing and Equal Opportunity within the U.S. Department of Housing and Urban Development is charged with administering and enforcing this law.

In the U.S. education system 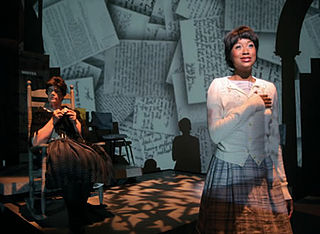 Hate mail written in the late 1950s regarding desegregation of Little Rock Central High School is projected over actresses Mary-Pat Green and Gia McGlone in Arkansas Repertory Theatre's 2007 production of The Legacy Project: It Happened in Little Rock.

In Swann v. Charlotte-Mecklenburg Board of Education (1971), the Supreme Court ruled unanimously that forced busing of students may be ordered to achieve racial desegregation. However, such court-enforced school desegregation efforts have decreased over time.

A major decline in manufacturing in northern cities, with a shift of jobs to suburbs, the South and overseas, has led shifts in numbers of residents of all races increasing in suburbs, plus major shifts in population from the North to the Southwest, Pacific Northwest, and South. Left behind in many northern and midwestern inner cities have been the poorest blacks and other minorities. According to Jonathan Kozol, in the early 21st century U.S. schools have become as segregated as they were in the late 1960s.[7]

According to the Civil Rights Project at Harvard University, desegregation of U.S. public schools peaked in 1988. As of 2005, the proportion of black students at majority-white schools was at "a level lower than in any year since 1968".[8]

Some critics of school desegregation have argued that court-enforced desegregation efforts were either unnecessary or self-defeating. Numerous middle-class and wealthy white people continued moving from cities to suburbs during the 1970s and later, in part to escape certain integrated school systems, but also as part of the suburbanization caused by movement of jobs to suburbs, continuing state and federal support for expansion of highways, and changes in the economy.

Some white parents in Louisiana said that they were afraid to drop their children off because of all the mobs surrounding the desegregated schools.[9]

Sociologist David Armor states in his 1995 book Forced Justice: School Desegregation and the Law that efforts to change the racial compositions of schools had not contributed substantially to academic achievement by minorities. Carl L. Bankston and Stephen J. Caldas, in their books A Troubled Dream: The Promise and Failure of School Desegregation in Louisiana (2002) and Forced to Fail: The Paradox of School Desegregation (2005), argued that continuing racial inequality in the larger American society had undermined efforts to force schools to desegregate.[10] They maintained that racial inequality had resulted in popular associations between school achievement and race. Therefore, the achievement levels of American schools were generally associated with their class and racial compositions. This meant that even parents without racial prejudice tended to seek middle class or better residential neighborhoods in seeking the best schools for their children. As a result, efforts to impose court-ordered desegregation often led to school districts in which there were too few white students for effective desegregation, as white students increasingly left for majority white suburban districts or for private schools.

The increasing diversity of American society has led to more complex issues related to school and ethnic proportion. In the 1994 federal court case Ho v. San Francisco Unified School District, parents of Chinese American schoolchildren alleged that racial quotas under a 1983 consent decree constituted racial discrimination in violation of the United States Constitution's Equal Protection Clause. The desegregation plan did not allow any school to enroll more than 50% of any ethnic group. Originally intended to aid integration of blacks, the ruling had a negative effect on the admissions of Chinese students, who had become the district's largest ethnic group.

The newspaper AsianWeek documented the Chinese American parents' challenge. Since Chinese Americans were already nearly half the student population, the consent decree had the effect of requiring the competitive Lowell High School in San Francisco, California, to apply much higher academic admission standards for Chinese American students. However, the civil rights group Chinese for Affirmative Action sided with the school district, arguing that such standards were not harmful to Chinese Americans, and were necessary to avoid the resegregation of schools. In 2006, Chinese parents continued to protest race-based school assignments.[11]