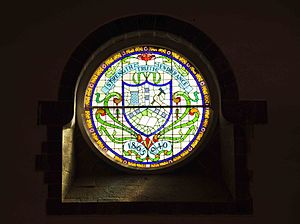 Diamond Jubilee window at the College of Engineering, Pune, India

A diamond jubilee is a celebration held to mark a 60th or 75th anniversary.[1]

In East Asia, the diamond jubilee coincides with the traditional sixty-year sexagenary cycle, which is held in special importance despite not being called a "diamond jubilee." 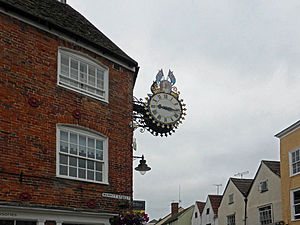 Monarchs such as the Kangxi and Qianlong emperors of China, and Hirohito of emperor of Japan held celebrations for their sixtieth year of reign, as did King Bhumibol Adulyadej the King of Thailand on 10 June 2006.

National governments also mark their sixtieth anniversary as diamond jubilees, as did the Republic of Korea in 2005 and the People's Republic of China in 2009.

In South Asia, the term is also used for certain 100-week anniversaries. For instance, in both India and Pakistan, a diamond jubilee film is one shown in cinemas for 100 weeks or more.