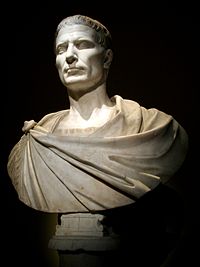 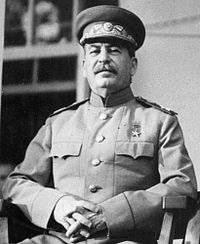 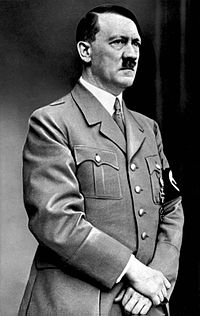 A dictator is a ruler who wields absolute authority. A state ruled by a dictator is called a dictatorship. The word originated as the title of a magistrate in ancient Rome appointed by the Senate to rule the republic in times of emergency (see Roman dictator and justitium).[1]

Like the term "tyrant" (which was originally a respectable Ancient Greek title), and to a lesser degree "autocrat", "dictator" came to be used almost exclusively as a non-titular term for oppressive, even abusive rule, yet had rare modern titular use.[citation needed]

In modern usage, the term "dictator" is generally used to describe a leader who holds and/or abuses an extraordinary amount of personal power, especially the power to make laws without effective restraint by a legislative assembly[citation needed]. Dictatorships are often characterised by some of the following traits: suspension of elections and of civil liberties; proclamation of a state of emergency; rule by decree; repression of political opponents without abiding by rule of law procedures; these include one-party state, and cult of personality.[citation needed]

The term "dictator" is comparable to – but not synonymous with – the ancient concept of a tyrant; initially "tyrant", like "dictator", did not carry negative connotations. A wide variety of leaders coming to power in a number of different kinds of regimes, such as military juntas, one-party states and civilian governments under personal rule, have been described as dictators. They may hold left or right-wing views, or can even be apolitical.

In the Roman Republic the term "Dictator" did not have the negative meaning it has later assumed. Rather, a Dictator was a person given sole power (unlike the normal Roman republican practice, where rule was divided between two equal Consuls) for a specific limited period, in order to deal with an emergency. At the end of his term, the Dictator was supposed to hand power over to the normal Consular rule and give account of his actions – and Roman dictators usually did.

The term started to get its modern negative meaning with Cornelius Sulla's ascension to the dictatorship following Sulla's second civil war, making himself the first Dictator in more than a century (during which the office was ostensibly abolished) as well as de facto eliminating the time limit and need of senatorial acclamation, although he avoided a major constitutional crisis by resigning the office after about one year, dying a few years later. Julius Caesar followed the example in 49 BC and in February 44 BC was proclaimed Dictator perpetuo, "Dictator in perpetuity", officially doing away with any limitations on his power, which he kept until his assassination the following month.

Garibaldi as a positive dictator

Still, even in the 19th Century, the term "Dictator" did not always have negative connotations. For example, the Italian revolutionary Garibaldi, during his famous Expedition of the Thousand in 1860, proclaimed himself "Dictator of Sicily", which did not prevent him from being extremely popular in Italian and international public opinion. His usage of the term was clearly derived from the original Roman sense – i.e., a person taking power for a limited time in order to deal with an emergency (in this case, the need to unite Italy) and with the task done Garibaldi handed over power to the government of Victor Emmanuel II of Italy. A few years later, during the Polish January Uprising of 1863, General Romuald Traugutt also bore the title of "Dictator" as an official and positive designation - possibly directly influenced by the then fresh example of Garibaldi.

Garibaldi's case was, however, an exception. In general, the term "dictator" came to be a negative term, not a title used by rulers to call themselves but a term used by the foes of an oppressive ruler. Such was the case with Maximillien Robespierre, whose supporters knew him as "The Incorruptible", while his opponents called him "dictateur sanguinaire", French for "bloodthirsty dictator".

Democracy Index by The Economist, 2012. Countries marked in dark colors are authoritarian, and most often dictatorships. Most current dictatorships are in Africa and Asia.[2]

In popular usage in western nations, "dictatorship" is often associated with brutality and oppression. As a result, it is often also used as a term of abuse for political opponents. The term has also come to be associated with megalomania. Many dictators create a cult of personality and have come to favor increasingly grandiloquent titles and honours for themselves. For instance, Idi Amin Dada, who had been a British army lieutenant prior to Uganda's independence from Britain in October 1962, subsequently styled himself as "His Excellency, President for Life, Field Marshal Al Hadji Doctor[A] Idi Amin Dada, VC,[B] DSO, MC, Conqueror of the British Empire in Africa in General and Uganda in Particular".[3] In the movie "The Great Dictator" (1940), Charlie Chaplin satirized not only Adolf Hitler but the institution of dictatorship itself.

The association between the dictator and the military is a common one; many dictators take great pains to emphasize their connections with the military and often wear military uniforms. In some cases, this is perfectly legitimate; Francisco Franco was a lieutenant general in the Spanish Army before he became Chief of State of Spain; Manuel Noriega was officially commander of the Panamanian Defense Forces. In other cases, the association is mere pretense.

Modern use in formal titles

Because of the negative associations, modern leaders very rarely (if ever) use the term in their formal titles. In the 19th century, however, official use was more common:

Under the dictatorship of Soviet leader Joseph Stalin, tens of millions of people were executed, starved to death or imprisoned in Gulag forced-labour camps.[8]

Pol Pot became leader of Cambodia in 1975. In all, an estimated 1.7 million people (out of a population of 7 million) died due to the policies of his three-year dictatorship.[9] As a result, Pol Pot is sometimes described as "the Hitler of Cambodia" and "a genocidal tyrant".[10] Hun Sen is widely viewed as a dictator that has assumed authoritarian power in Cambodia using violence and intimation and corruption to maintain his power base.[11][12][13]

In social choice theory, the notion of a dictator is formally defined as a person who can achieve any feasible social outcome he/she wishes. The formal definition yields an interesting distinction between two different types of dictators.

Note that these definitions disregard some alleged dictators who are not interested in the actual achieving of social goals, as much as in propaganda and controlling public opinion. Monarchs and military dictators are also excluded from these definitions, because their rule relies on the consent of other political powers (the barons or the army).