Dimitrie Cantemir was born in Silișteni (now located in Vaslui County, Romania), the son of Moldavian Voivode Constantin Cantemir (and brother to Antioh Cantemir, himself Prince), of the low-ranking boyar Cantemirești family. His mother, Ana Bantăș, was a learned woman of noble origins.

His education began at home, where he learned Greek and Latin and acquired a profound knowledge of the classics. One of his tutors was the scholar John Komnenos Molyvdos. Between 1687 and 1710 he lived in forced exile in Constantinople, where he learned Turkish and studied the history of the Ottoman Empire at the Patriarchate's Greek Academy, where he also composed music.

In 1693, he succeeded his father as Prince of Moldavia – in name only, as the Ottomans appointed Constantin Duca, favoured by Wallachian Prince and, despite many shared goals, forever rival of the Cantemirs Constantin Brâncoveanu; his bid for the throne was successful only in 1710, after two rules by his brother (whom he represented as envoy in the Ottoman capital). He had ruled only three weeks[2] when he joined Peter the Great in his campaign against the Ottoman Empire (see Russo-Turkish War, 1710–1711) and placed Moldova under Russian suzerainty, after a secret agreement signed in Lutsk.

Defeated by the Turks in the battle of Stănilești (July 18–July 22, 1711), Cantemir sought refuge in Russia,[3] where he and his family finally settled (he was accompanied by a sizeable boyar retinue, including the chronicler Ion Neculce). There, he was awarded the title of Knyaz (Prince) of the Russian Empire by Peter the Great and received the title of Reichsfürst (Prince) of the Holy Roman Empire from Charles VI. He died at his Dmitrovka estate near Oryol in 1723 (on the very day he was awarded the Roman-German princely title). In 1935, his remains were carried to Iași. 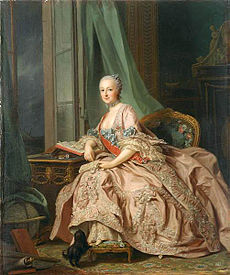 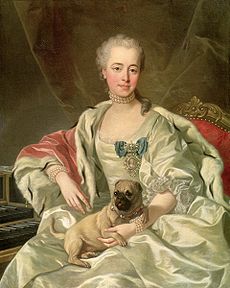 Cantemir's children were rather prominent in Russian history. His elder daughter Maria Cantemir (1700–1754) attracted the attention of Peter the Great who allegedly planned to divorce his wife Catherine and marry her. Upon Catherine's ascension to the throne, she was forced to enter a convent. His son Antioh Cantemir (Antiokh Dmitrievich in Russian) (1708–1744) was also the Russian ambassador to London and Paris, a prominent satirical poet, and Voltaire's friend. Another son, Constantin (Konstantin Dmitrievich; 1703–1747), was implicated in the Golitsyn conspiracy against Empress Anne and exiled to Siberia. Finally, Dimitrie's younger daughter Smaragda (1720–1761), the wife of Prince Dmitriy Mikhailovich Golitsyn, was a friend of Empress Elizabeth and one of the great beauties of her time.

In 1714 Cantemir became a member of the Royal Academy of Berlin. Between 1711 and 1719 he wrote his most important creations. Cantemir was known as one of the greatest linguists of his time, speaking and writing eleven languages, and being well versed in Oriental scholarship. His oeuvre is voluminous, diverse, and original; although some of his scientific writings contain unconfirmed theories and inaccuracies, his expertise, sagacity, and groundbreaking researches are widely acknowledged.

The best known is his History of the Growth and Decay of the Ottoman Empire. This volume circulated throughout Europe in manuscript for a number of years. It was finally printed in 1734 in London, and later it was translated and printed in Germany and France. It remained the seminal work on the Ottoman Empire up to the middle of the 19th century – notably, it was used as reference by Edward Gibbon for his The History of the Decline and Fall of the Roman Empire. Afterwards, the work was largely contested, for some of its sources were doubtful.

In 1714, at the request of the Royal Academy in Berlin, Cantemir wrote the first geographical, ethnographical and economic description of Moldova, Descriptio Moldaviae. As many of his books it circulated first in manuscript and was only later published in Germany (first in 1769 in a geographical magazine, and then in 1771 the first edition as a book). Around the same time he prepared a manuscript map of Moldova, the first real map of the country. It contained a lot of geographical detail as well as administrative information. Printed in 1737 in the Netherlands, it has been used by all cartographers of the time as an inspiration for their own maps of Moldova.

Due to his many esteemed works he won great renown at the high courts of Europe. His name is among those who were considered to be the brightest minds of the world on a plaque at the Library of Sainte-Genevieve in Paris, next to those of Leibniz, Newton, Piron, and other great thinkers.

Cantemir had around 40 compositions in the Ottoman music of which few are performed today, but his greatest service to the Ottoman music is the fact that he helped preserve 350 instrumental pieces by recording them in a certain notation (the ebced) script he developed in his work "Edvar-i musiki" (1703-1704) which he presented to Sultan Ahmed III.

His above-mentioned work has been recently reprinted along with complete transcription and explanations.[7]

Some of Cantemir's compositions are part of the regular repertory of Turkish music ensembles. In 1999, the Bezmara ensemble have recorded an album, Yitik Sesin Peşinde ("In Search of the Lost Sound") from the Cantemir transcriptions using period instruments.[8]

In 2009, Alia Vox published a CD and booklet of music performed by the Hespèrion XXI ensemble and invited musicians under the baton of Jordi Savall. The recording and booklet both pertain to “The Book of the Science of Music” by Cantemir and the Sephardic and Armenian musical traditions. Seven of Cantemir's compositions are included in the recording along with other Turkish, Armenian and Sephardic music. [10]

House of Dimitrie Cantemir in Istanbul

One of the houses inhabited by Dimitrie Cantemir during his exile in Constantinople has been restored and transformed into a museum in 2007.[11] The museum lies in Fener quarter in the walled city, between the Phanar Greek Orthodox College and the Golden Horn.