From Infogalactic: the planetary knowledge core
(Redirected from Diocese of Metz)
Jump to: navigation, search

The Roman Catholic Diocese of Metz is a Diocese of the Latin Rite of the Roman Catholic church in France. In the Middle Ages it was in effect an independent state (prince-bishopric), part of the Holy Roman Empire, ruled by the prince-bishop who had the ex officio title of count. It was annexed to France by King Henry II in 1552; this was recognized by the Holy Roman Empire in the Peace of Westphalia of 1648. It then was part of the province of the Three Bishoprics. Since 1801 the Metz diocese is a public-law corporation of cult (établissement public du culte).

Metz was definitely a bishopric by 535, but may date from earlier than that.[1] Metz's Basilica of Saint-Pierre-aux-Nonnains is built on the site of a Roman basilica which is a likely location for the one of the earliest Christian congregations of France.[2]

Originally the diocese was under the metropolitan of Trier. After the French Revolution, the last prince bishop, Cardinal Louis de Montmorency-Laval (1761-1802) fled and the old organization of the diocese was broken up. With the Concordat of 1801 the diocese was re-established covering the departments of Moselle, Ardennes, and Forêts, and was put under the Archdiocese of Besançon. In 1817 the parts of the diocese which became Prussian territory were transferred to the Diocese of Trier. In 1871 the core areas of the diocese became part of Germany, and in 1874 Metz diocese, then reconfined to the borders of the new German Lorraine department became immediately subject to the Holy See. As of 1910 there were about 533,000 Catholics living in the diocese of Metz.

When the 1905 French law on the Separation of the Churches and the State was enacted, doing away with public-law religious corporations, this did not apply to the Metz diocese then being within Germany. After World War I it was returned to France, but the concordatary status has been preserved sinceas part of the Local law in Alsace-Moselle. In 1940, after the French defeat, it came under German occupation till 1944 when it became French again. Together with the Archdiocese of Strasbourg the bishop of the see is nominated by the French government according to the concordat of 1801. The concordat further provides for the clergy being paid by the government and Roman Catholic pupils in public schools can receive religious instruction according to diocesan guide lines.

According to the traditional list of bishops, the current bishop Pierre René Ferdinand Raffin is the 105th bishop of Metz. According to this list, the first bishop was Saint Clement, supposedly sent by Saint Peter himself to Metz. The first fully authenticated bishop however is Sperus or Hesperus, who was bishop in 535. Many of the bishops were declared holy or blessed, like Saint Arnulf (611-627), Saint Chrodegang (742-766) or Saint Agilram (768-791). Adelbero was bishop of Metz in 933 AD. The bishop of Metz is appointed by the President of the Republic. 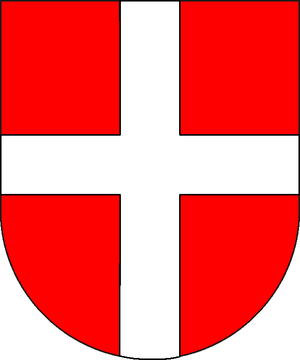