From Infogalactic: the planetary knowledge core
Jump to: navigation, search
Not to be confused with Duke of Genoa. 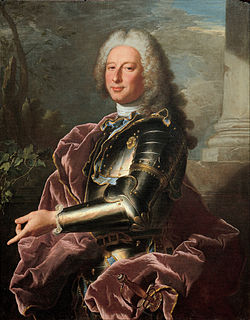 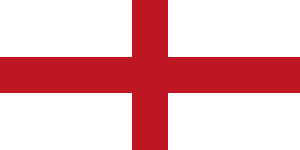 The Doge of Genoa (Latin: Januensium dux et populi defensor, "Genoese Duke and People's Defender") was the ruler of the Republic of Genoa, a communal republic and a state of the Holy Roman Empire, from 1339 until the state's extinction in 1797. Originally elected for life, after 1528 the Doges were elected for terms of two years.[1] In actuality, the Republic (or Dogate) was an oligarchy ruled by a small group of merchant families, from whom the doges were selected.

According to Christine Shaw: "Genoese doges were essentially faction leaders, in charge of the defense of Genoa and her territory... Some of them liked to see themselves as effectively lords of the city, but they were not." 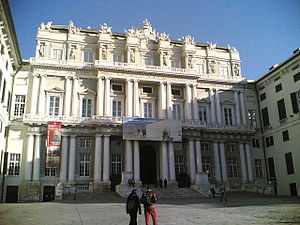 The Palace of the Doges view from Piazza Matteotti.

The first doge ("duke") of Genoa, Simone Boccanegra, whose name is kept alive by Verdi's opera, was appointed by public acclaim in 1339. Initially the Doge of Genoa was elected without restriction and by popular suffrage, holding office for life in the so-called "perpetual dogate"; but after the reform effected by Andrea Doria in 1528 the term of his office was reduced to two years. At the same time plebeians were declared ineligible, and the appointment of the doge was entrusted to the members of the great council, the Gran Consiglio, who employed for this purpose a political system almost as complex as that of the later Venetians.[2]

The Palazzo Pubblico, where the doges had formerly presided, was expanded in 1388 to accommodate the new ruler and style of government, the first of a series of radical reconstructions. It was renamed Palazzo Ducale and magnificently rebuilt in the 16th century. Until recently the palazzo housed courts, but it now functions as Genoa's cultural center.

Of all the "perpetual" doges of Genoa who ruled for their lifetime, only one ruled for more than eight years. Many resigned or were driven out before taking office. Some failed to complete a single day in power. Between 1339 and 1528, only four doges were legally elected. Genoa did not trust its doges; the ruling caste of Genoa tied them to executive committees, kept them on a small budget, and kept them apart from the communal revenues held at the "Casa di San Giorgio". Not surprisingly, the doges of Genoa have been less renowned than the doges of Venice.

Still, the position of doge stood at the head of state patronage, and the city's inner group of leading merchant families vied with each other to place their man in the position. Rival elections were known to take place within the building. In 1389, a frustrated candidate made a surprise return from enforced exile accompanied by 7,000 supporters, and after dining amicably with the incumbent, politely but firmly ejected him, thanking him for serving so ably as his deputy during his own "unavoidable absence" from Genoa.

For generations two powerful families in Genoa all but monopolized the dogate: the Adorno, supporters of imperial power in the Middle Ages, and the Campofregoso or Fregoso, supporters of papal power. Tomaso di Campofregoso became doge three times: in 1415, 1421 and 1437. In 1461, Paolo Fregoso, archbishop of Genoa, enticed the current doge to his own palace, held him hostage and offered him the choice of retiring from the post or being hanged. When Fregoso was in due course himself toppled, he fled to the harbor, commandeered four galleys and launched himself on a whole new career as a pirate. While the doge's palace in Venice accumulated great furnishings and works of art over the years, in Genoa, each doge was expected to arrive with his own furnishings and, when he left, to strip the palace to its bare walls.

Genoa's power peaked early, and it was eclipsed by Venice. In the 16th century the republic enjoyed a dramatic revival under the leadership of the admiral, statesman and patron of the arts Andrea Doria who ruled the state as a virtual dictator but never actually became doge. It was through the Spanish empire in the New World that Genoa became rich again. Doria served the Spanish Habsburgs as admiral-in-chief, and the bankers of Genoa handled Spain's financial business, which vastly enriched Genoa's banking oligarchy.

The Napoleonic Wars put an end to the office of doge at Genoa. In 1797, when Napoleon Bonaparte incorporated Genoa into the newly organized Ligurian Republic, French soldiers and the city's mob ransacked the doge's palace.