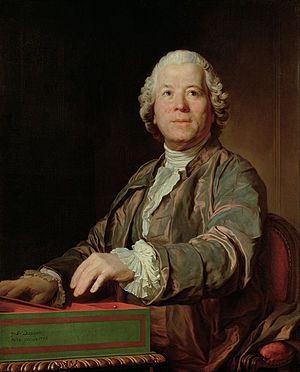 Don Juan ou Le Festin de Pierre (Don Juan, or the Stone Guest's Banquet) is a ballet with a libretto by Ranieri de' Calzabigi, music by Christoph Willibald von Gluck, and choreography by Gasparo Angiolini. The ballet's first performance was in Vienna, Austria on Saturday, 17 October 1761, at the Theater am Kärntnertor. Its innovation in the history of ballet, coming a year before Gluck's radical reform of opera seria with his Orfeo ed Euridice (1762), was its coherent narrative element, though the series of conventional divertissement dances in the second act lies within the well-established ballet tradition of an entr'acte effecting a pause in the story-telling. The ballet follows the legend of Don Juan and his descent into Hell after killing his inamorata's father in a duel.

The ballet Don Juan was based on Molière's Dom Juan ou le Festin de pierre of 1665. Gluck's score is perhaps the most considerable written for eighteenth century ballet. The composer's understanding of dance as an autonomous art form completely independent of opera permitted him to compose a score free of conventional rhetoric or ornament, and utilized a structure that built toward an exciting and dramatically direct climax.[1]

While choreographer Angiolini's rival Jean-Georges Noverre composed ballets in Stuttgart, London, and Paris based on heroic gesture inspired, in part, by the plastique of David Garrick in England, Angiolini's passi d'azione in Vienna (prompted by the concepts explored by Franz Hilverding and Gluck) accented dancing itself.[1] Angiolini and Noverre never agreed on the place of music in ballet. Angiolini regarded music and dance as two separate components that the dancer was required to unite in his own body. Noverre disagreed and declared that a musical score would pre-set and manipulate the actions and movements of the performer. The protagonist would translate music into transparent gesture.[2]

The overture is a short sonata form sinfonietta in which the recurring motif of threatening trumpets plays a prominent part. The ballet's setting is Madrid. In the first act, Don Juan serenades Donna Elvira beneath her balcony. Her father, the Commander enters with sword drawn to protect his daughter. In the ensuing duel, Don Juan wounds the Commander, who rallies, attacks, then faints and dies. In the second act, Don Juan has prepared a banquet for his friends. Dances for his guests include a gavotte, contredanse, minuet, and fandango. A terrific knocking is suddenly heard at the door. Don Juan's servant provides comic relief as he scurries back and forth to the door. Don Juan finally opens the door, and discovers the marble statue of the dead Commander. He invites the Commander to dinner, but the statue invites Juan to dine at his tomb and then departs to the strains of a noble minuet. The final act is set in a graveyard where Don Juan rushes in accompanied by orchestral shivers. Accompanied by hair-raising D minor discord from the trombones, the Commander steps from his tomb to a stately minuet and scolds Juan, accompanied by echoes of the dinner invitation. Juan confronts the Commander with frivolity, vanity, and courage, but the climax is reached when irrevocable judgment is passed upon Juan. To the strains of an ominous passacaglia over a repeating bass line, graves fly open, flames rise, and Juan sinks to Hell.[3]