From Infogalactic: the planetary knowledge core
Jump to: navigation, search
Not to be confused with Dorothy Dean. 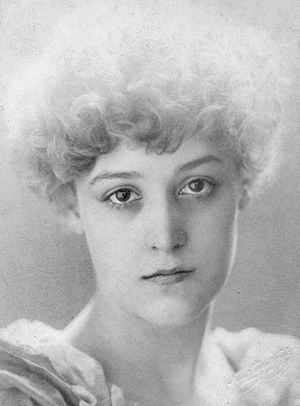 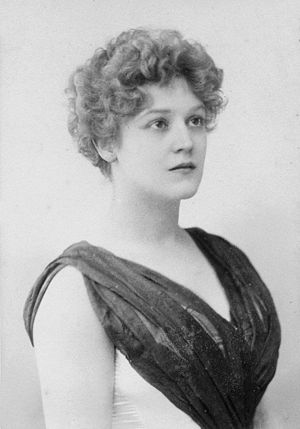 Dorothy Dene (1859 – 27 December 1899), born Ada Alice Pullan, was an English stage actress and artist's model for the painter Frederick Leighton and some of his associates. Dene was considered to have a classical face and figure and a flawless complexion. Her height was above average and she had long arms, large violet eyes and abundant golden chestnut hair.

Dene was born in New Cross, London, in 1859; he birth name was Ada Alice Pullen. [1] She came from a large family of girls, a number of whom earned their living from acting on stage. She lived with her four sisters in an apartment in South Kensington, London.

Career as a model

She lived with her four sisters in an apartment in South Kensington, London. According to a story published in 1897, Leighton chose her as the one woman in Europe whose face and figure most closely tallied with his ideal. Leighton searched Europe for a model suitable for his 1894 painting Cymon and Iphigenia, eventually finding Dene in a theatre in London.[2] However, the story about her being found in a theatre is contradicted in Leighton's biography, written by Emilia Barrington right after his death. According to Barrington, Dene was spotted by the artist at the doorstep of a painter's studio close to Leighton's. The studio mentioned was probably that of Louise Starr Canziani in Kensington Green where she was already working as a model. She sat for Leighton when he painted Bianca in 1881.

Aside from Cymon and Iphigenia Dene appeared as the maiden catching the ball in Leighton's Greek Girls Playing Ball. Her long arms embellish the painter's Summer Moon. She also was the model for his Captive Andromache , The Garden of the Hesperides,

There have been rumours that Leighton had a romantic interest in Dene,[3] but nothing has ever been substantiated. Leighton's sexuality remains a matter of debate. He remained a bachelor and, according to art historian Richard Louis Ormond who together with his wife Leonée wrote Leighton's biography, acknowledged he "fulfilled some part of himself in the company of young men".[4] However, Leighton's friend, Italian artist Giovanni Costa makes some mysterious references to the artist's "wife" in letters to their mutual friend George Howard, 9th Earl of Carlisle. It has been speculated that they refer to Dene.[3] At his death, he left her £5,000, plus another £5,000 in trust for herself and her sisters (this was the equivalent of around one million pounds today), which was by far the largest bequest he made.[3]

Ada Alice became "Dorothy Dene" in 1882 when Leighton became Ada's benefactor. It was adopted as a stage name for her theatrical career. "Dorothy" was chosen by Ada in reference to her younger sister who died in 1877 and the surname Dene was chosen by Frederic Leighton.

Dene debuted as an actress as Marin in The School For Scandal in 1886. She appeared in New York City in a play produced by the Theater of Arts and Letters and performed in other venues there. She found little success as a performer in America and her tour was eventually abandoned. In the 1890s, she was still said to be England's most beautiful woman. She died in London in 1899, at the age of forty and is buried in Kensal Green Cemetery.[5]