From Infogalactic: the planetary knowledge core
Jump to: navigation, search
Not to be confused with Duncan McNeill, 1st Baron Colonsay.

Duncan McNeil (born 7 September 1950, Greenock) is a Scottish Labour Party Member of the Scottish Parliament for Greenock and Inverclyde.

From 1965 to 1979 he worked as a boilermaker at Scott Lithgow, initially as an apprentice. After working as a co-ordinator for the Unemployed Workers Centres in Glasgow he became a full-time official in the GMB Union in 1981 and later a Regional Organiser.

For six years prior to his election from his current constituency, in May 1999, he was on the Labour Party's Scottish Executive Committee.

Mr McNeil served on the Enterprise and Lifelong Learning Committee for 15 months and went on to became Labour's Chief Whip. He was elected to the Scottish Parliamentary Corporate Body in December 2001.

Following re-election in May 2003, Mr McNeil departed the Whips' Office to be Chair of the Scottish Parliamentary Labour Party. Additionally, he is now Convener of the Local Government and Communities Committee.

He caused controversy in 2006 when suggesting in a parliamentary debate that oral contraceptives should be added to prescribed methadone for drug addicts in order to limit the number of children born to parents with a history of substance abuse.

He has been a vocal campaigner for tougher penalties for knife crime and for better support and protection for vulnerable children. 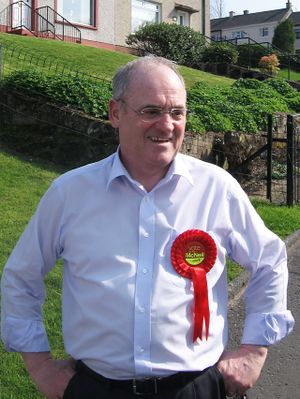