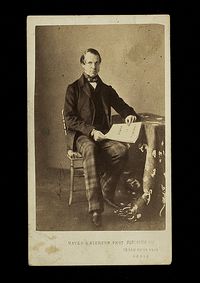 The first Earl was succeeded by his eldest son, the second Earl. He was a Lieutenant-Colonel in the Coldstream Guards and fought in the Crimean War. His great-great-grandson (the titles having descended from father to son), the sixth Earl, served as a Lord-in-Waiting (government whip in the House of Lords) from January to March 1974 in the Conservative government of Edward Heath. As of 2014[update] the titles are held by the latter's uncle, the seventh Earl, who succeeded in 1975. He is the eldest son from the second marriage of the fourth Earl and the half-brother of the fifth Earl.