From Infogalactic: the planetary knowledge core
Jump to: navigation, search
Not to be confused with Earl of Buckingham. 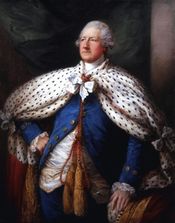 Earl of Buckinghamshire is a title in the Peerage of Great Britain. It was created in 1746 for John Hobart, 1st Baron Hobart. The Hobart family descends from Henry Hobart, who served as Attorney General and Lord Chief Justice of the Common Pleas. In 1611 he was created a Baronet, of Intwood in the County of Norfolk, in the Baronetage of England. He was succeeded by his son, the second Baronet. He represented Cambridge, Lostwithiel, Brackley and Norfolk in the House of Commons. He died without surviving male issue and was succeeded by his nephew, the third Baronet. He was the son of Sir Miles Hobart, younger son of the first Baronet. Hobart sat as Member of Parliament for Norfolk. In 1656 he married Mary, daughter of the prominent politician John Hampden.[1]

He was succeeded by his elder son, the fourth Baronet. He was a General of the Horse and was equerry to King William III at the Battle of the Boyne in 1690. He also represented Norfolk, King's Lynn and Bere Alston in Parliament. Hobart was killed in a duel in 1698. His son, the fifth Baronet, served as Treasurer of the Chamber, as Captain of the Honourable Band of Gentlemen Pensioners and as Lord Lieutenant of Norfolk. In 1728 he was raised to the Peerage of Great Britain as Baron Hobart, of Blickling in the County of Norfolk, and in 1746 he was further honoured when he was made Earl of Buckinghamshire, also in the Peerage of Great Britain.

On his death the titles passed to his son from his first marriage, the second Earl. He served as Comptroller of the Household, as Ambassador to Russia and as Lord Lieutenant of Ireland. He died without surviving male issue and was succeeded by his half-brother, the third Earl. He represented St Ives and Bere Alston in the House of Commons. His eldest son, the fourth Earl, was a prominent politician. He served as Governor of Madras, as Secretary of State for War and the Colonies, as Chancellor of the Duchy of Lancaster, as Joint Postmaster General and as President of the Board of Control. In 1797 he was summoned to the House of Lords through a writ of acceleration in his father's junior title of Baron Hobart. The town of Hobart, Tasmania, was named in honour of Lord Buckinghamshire. 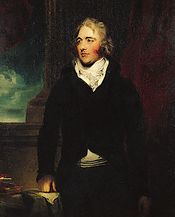 On his death the titles passed to his only son, the eighth Earl. He was Deputy Chairman of Committees in the House of Lords and a Deputy Speaker of the House of Lords. In 1938 he assumed by Royal licence the surname of Mercer-Henderson only in lieu of Hobart-Hampden-Mercer-Henderson. He never married and on his death in 1963 the line of the second son of the sixth Earl failed. He was succeeded by his second cousin, the ninth Earl. He was the grandson of the Hon. Charles Edward Hobart-Hampden, fourth son of the sixth Earl. He was childless and was succeeded by his second cousin once removed, the tenth Earl and (As of 2010[update]) present holder of the titles. He is the great-grandson of the Hon. George Augustus Hobart-Hampden, fifth son of the sixth Earl (and the eldest from his second marriage).

Several other members of the Hobart family have also gained distinction. The Hon. Henry Hobart, younger son of the first Earl from his second marriage, represented Norwich in Parliament and served as Chairman of Ways and Means. Vere Henry Hobart, Lord Hobart, eldest son of the sixth Earl, was Governor of Madras. The Hon. Augustus Charles Hobart-Hampden, third son of the sixth Earl, was a Vice-Admiral in the Royal Navy. Also, Henrietta Hobart, daughter of the fourth Baronet and sister of the first Earl, was a longtime mistress of King George II.

The heir presumptive is the present holder's kinsman Sir John Vere Hobart, 4th Baronet (b. 1945). He is a descendant of Sir Robert Hobart, 1st Baronet, son of the Very Reverend the Hon. Henry Lewis Hobart, fourth son of the third Earl.