The Mormaer or Earl of Mar is a title that has been reaffirmed seven times, all in the Peerage of Scotland. The first creation of the earldom was originally the provincial ruler of the province of Mar in north-eastern Scotland. First attested in the year 1014,[1] the "seat" or "caput" eventually became Kildrummy Castle, although other sites like Doune of Invernochty were initially just as important.

The title evolved into a peerage title, and was made particularly famous by John Erskine, 22nd Earl of Mar who was an important Jacobite military leader during the 1715 Jacobite rising.

Owing to a 19th-century dispute, there are currently two Earls of Mar, with James Thorne Erskine, 14th Earl of Mar and 16th Earl of Kellie and Margaret of Mar, 31st Countess of Mar. The Earl of Mar and Kellie is the hereditary Clan Chief of Clan Erskine;[2] the Countess of Mar is the hereditary Clan Chief of Clan Mar. The Earldom of Mar is thought to be the oldest peerage in Great Britain, and even Europe.[3][4]

The first Mormaer of Mar is usually regarded as Ruadrí (fl. 1131), mentioned in the Book of Deer. Some modern sources give earlier mormaers, i.e. Muirchertach (Latinized as Martachus) and Gartnait (sometimes Gratnach), mentioned respectively in charters of the reigns of king Máel Coluim III (relating to the Céli Dé establishment of Loch Leven) and king Alexander I (relating to the monastic establishment of Scone), though in these cases certain identification with a particular province is difficult. The accounts of the Battle of Clontarf in some of the Irish annals name "Domnall son of Eimen son of Cainnech", Mormaer of Mar in Alba", as among those killed in 1014 alongside Brian Boru.

The principal seats of the Mormaerdom were Migvie and Doune of Invernochty. The Mormaerdom may initially have alternated between two kin-groups, represented respectively by Morggán, and by Gille Críst. Gilchrist succeeded Morgund, but was succeeded by Duncan, son of Morgund. On the other hand, we do not know Gilchrist's parentage, and chronologically he could have been an elder brother of Duncan.

There was a settlement in ca 1230 between Duncan and Thomas Durward, grandson, apparently, of Gilchrist, by which Durward had, it is said, £300 of land, a very large amount, which was scattered around the earldom, particularly at Fichlie, near Kildrummy, and Lumphanan in the lowland area. He also had Urquhart, but that probably had nothing to do with the earldom. Donnchadh got the title of Mormaer and the wealthier and militarily more useful upland parts of Mar. This line of Mormaers ended when Earl Thomas died childless in 1374.

While the eleventh (by some counts) holder of the title, Isabel Douglas, Countess of Mar, was alone at the Kildrummy Castle, Alexander Stewart entered it and forced her to sign a charter on 12 August 1404 yielding the earldom to him and his heirs. She revoked the charter later that year, but on marrying him, she gave him the earldom for life with remainder to her heirs. The King confirmed her last action the next year.

In 1426, Stewart resigned the title so that he could be granted a new one by the King, the new title being more "legitimate". The King did so, but specified that the earldom and associated lands would revert to the Crown upon the death of the Earl. In 1435, the Earl died, and Robert, Lord Erskine claimed the title, but the King claimed its lands under the specifications of reversion made in the patent. The issue remained unresolved until 1457, when James II obtained a court order declaring the lands as crown possessions. Thereafter, he bestowed the title on his son John, who died without heirs in 1479. It was next granted to James' other son, Alexander, Duke of Albany, but the title was then declared forfeit because of Alexander's alliances with the English. James III created his son John Earl of Mar in 1486, upon whose death in 1503 the title became extinct again.

File:Mar's Wark.JPG
Mars Wark: The Earl of Mar's house in Stirling, situated on the approach to Stirling Castle, the Earl of Mar was governor of the castle during the mid-16th century.

The title was once again created in 1562, for James, Earl of Moray, son of James V, but he, too, could not produce a qualified heir. Moray rebelled in 1565 (see Chaseabout Raid) in protest at the marriage of Mary, Queen of Scots, and Henry Stuart, Lord Darnley. Consequently, Queen Mary restored (or created) the earldom of Mar for John, Lord Erskine, heir to the Lord Erskine, heir of the ancient Earls through a cousin of Isabel, who quarrelled with James II about the Earldom. John, the 23rd (or 6th Earl counting from 1565) was attainted for rebellion in 1716 (he was also created Duke of Mar in the Jacobite peerage), and the Earldom remained forfeit for over a century.

In 1824, the Earldom was finally restored by Act of Parliament (5 Geo. IV c. 59) to John Francis Erskine, the heir of the attainted Earl. His grandson, the ninth Earl, successfully claimed inheritance the earldom of Kellie and associated titles in 1835.

At the death of the 26th Earl of Mar and eleventh Earl of Kellie in 1866, the Earldom of Kellie and the family's estates passed to Walter Erskine, the cousin of the late Earl, and his heir male. Meanwhile, it was assumed that the Earldom of Mar passed to John Francis Goodeve, the late Earl's nephew, and his heir general. Goodeve changed his name to Goodeve Erskine; his claim was agreed upon by all. He even participated in the election of representative peers for the Peerage of Scotland. However, the Earl of Kellie submitted a petition to the House of Lords asking that the Earldom of Mar be declared his, dying before it could be considered. His son, the thirteenth Earl of Kellie, renewed the petition, and the Lords referred it to their Committee on Privileges. The petition made a number of claims:

Goodeve Erskine had different ideas, however. He portrayed the Crown's takeover of the territorial Earldom not as pursuant to a charter, but rather as an act of tyranny. He argued:

The House of Lords Committee on Privileges ruled in 1875, to the dissatisfaction of many, that the Earldom of Mar was newly created in 1565, passed only to heirs-male, and therefore belonged to the Earl of Kellie, and not to Goodeve Erskine. The Lord Chancellor, Roundell Palmer, 1st Baron Selborne, declared it to be "final, right or wrong, and not to be questioned".

However, there was a sentiment that the Lords had decided wrongly. A bill was brought to Parliament, to allow Goodeve Erskine to assume the title, and was passed without dissent. The Earldom of Mar Restitution Act 1885 (48 & 49 Vict.) declared that because of the doubts relating to the 1565 creation, it would be assumed that there are two Earldoms of Mar. The Earldom created in 1565 would be held by the Earl of Kellie. The ancient Earldom, however, was declared to be still in existence, and was given to John Goodeve Erskine. For the purposes of precedence, it is assumed that the Earldom held by Goodeve Erskine's heirs was created in 1404. 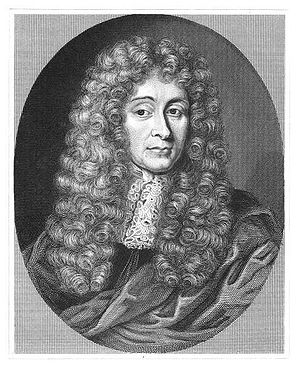 The heir presumptive is the present holder's brother, Hon. Alexander David Erskine, Master of Mar and Kellie (b. 1952).

The Earl of Mar's Daughter is a ballad documented by Francis James Child.[10]

The Genesis song "Eleventh Earl of Mar" on their album Wind & Wuthering (1977) depicts the failure of the unsuccessful Jacobite campaign and the innocence of the Earl's young son.[11]

Mar is one of the provinces in the game Britannia.