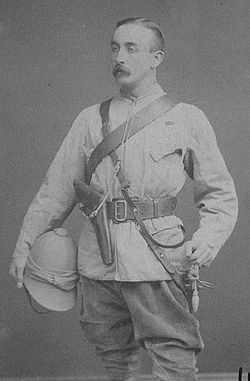 Earl of Minto, in the County of Roxburgh, is a title in the Peerage of the United Kingdom. It was created in 1813 for Gilbert Elliot-Murray-Kynynmound, 1st Baron Minto. The current earl is Gilbert Timothy George Lariston Elliot-Murray-Kynynmound, 7th Earl of Minto (born 1953). The family seat is Minto Park, near Hawick in the Scottish Borders. The original family seat, Minto Castle, was demolished some years ago after having been abandoned for some time.

He was succeeded by his eldest son, the second Earl. He was a diplomat and Whig politician and held office as First Lord of the Admiralty from 1835 to 1841 and as Lord Privy Seal from 1846 to 1852. Lord Minto was succeeded by his eldest son, the third Earl. He sat as a Liberal Member of Parliament for Hythe, Greenock and Clackmannanshire. On his death the titles passed to his son, the fourth Earl. He was a prominent colonial administrator and served as Governor General of Canada from 1898 to 1904 and as Viceroy of India from 1905 to 1910. As of 2014[update] the titles are held by his great-grandson (the titles having descended from father to son), the seventh Earl, who succeeded in 2005.

The family seat is Minto, near Hawick, Roxburghshire. In 1992 Minto House was listed as Category A, and largely demolished within weeks.[1][2]

Numerous other members of the family have also gained distinction.