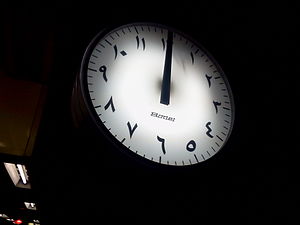 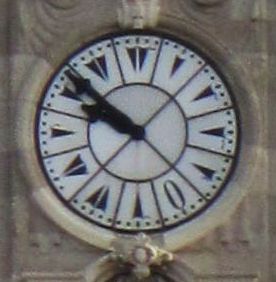 The Eastern Arabic numerals (also called Arabic–Indic numerals and Arabic Eastern numerals) are the symbols used to represent the Hindu–Arabic numeral system in conjunction with the Arabic alphabet in the countries of the Arab east, and its variant in other countries using Perso-Arabic script in Asia.

These numbers are known as أرقام هندية ("Indian numbers") in Arabic. They are sometimes also called "Indic numerals" in English.[1] However, this nomenclature is sometimes discouraged as it leads to confusion with the numerals used in the scripts of India[2] (see Indian numerals).

Written numerals are arranged with their lowest-value digit to the right, with higher value positions added to the left. This is identical to the arrangement used by Western texts using Hindu-Arabic numerals, even though Arabic script is read from right to left. There is no conflict unless numerical layout is necessary, as is the case for arithmetic problems (as in simple addition or multiplication) and lists of numbers, which tend to be justified at the decimal point or comma.[3]

In computing, numerals are always entered and stored big-endian (and thus internal to the number rendered left-to-right), even when in RTL languages the number is displayed little-endian (which is the same orientation).[4]