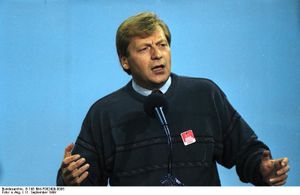 The mayor did not attend the inauguration of Memorial to the Murdered Jews of Europe, stating his agenda was too full to make it.[3]