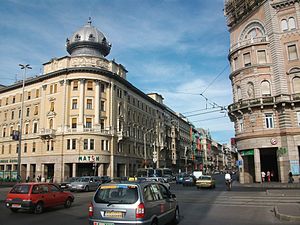 Eclecticism in architecture at the intersection of Rákóczi Avenue and the Grand Boulevard in Budapest. The Hungarian capital "is a uniquely unified image of the world".[1]

Eclecticism is a conceptual approach that does not hold rigidly to a single paradigm or set of assumptions, but instead draws upon multiple theories, styles, or ideas to gain complementary insights into a subject, or applies different theories in particular cases. However, this is often without conventions or rules dictating how or which theories were combined.

It can sometimes seem inelegant or lacking in simplicity, and eclectics are sometimes criticized for lack of consistency in their thinking. It is, however, common in many fields of study. For example, most psychologists accept certain aspects of behaviorism, but do not attempt to use the theory to explain all aspects of human behavior.

Eclecticism was first recorded to have been practiced by a group of ancient Greek and Roman philosophers who attached themselves to no real system, but selected from existing philosophical beliefs those doctrines that seemed most reasonable to them. Out of this collected material they constructed their new system of philosophy. The term comes from the Greek ἐκλεκτικός (eklektikos), literally "choosing the best",[2][3] and that from ἐκλεκτός (eklektos), "picked out, select".[4] Well known eclectics in Greek philosophy were the Stoics Panaetius and Posidonius, and the New Academics Carneades and Philo of Larissa. Among the Romans, Cicero was thoroughly eclectic, as he united the Peripatetic, Stoic, and New Academic doctrines. Other eclectics included Varro and Seneca. 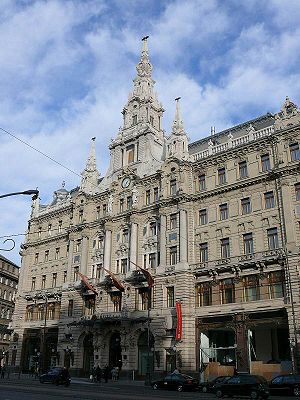 The term eclecticism is used to describe the combination, in a single work, of elements from different historical styles, chiefly in architecture and, by implication, in the fine and decorative arts. The term is sometimes also loosely applied to the general stylistic variety of 19th-century architecture after Neo-classicism (c. 1820), although the revivals of styles in that period have, since the 1970s, generally been referred to as aspects of historicism.[5]

Eclecticism plays an important role in critical discussions and evaluations but is somehow distant from the actual forms of the artifacts to which it is applied, and its meaning is thus rather indistinct. The simplest definition of the term—that every work of art represents the combination of a variety of influences—is so basic as to be of little use. In some ways Eclecticism is reminiscent of Mannerism in that the term was used pejoratively for much of the period of its currency, although, unlike Mannerism, Eclecticism never amounted to a movement or constituted a specific style: it is characterized precisely by the fact that it was not a particular style. 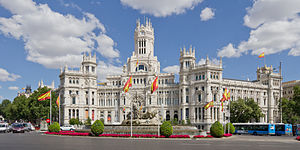 Eclecticism is recognized in approaches to psychology that see many factors influencing behavior and the psyche, and among those who consider all perspectives in identifying, changing, explaining, and determining behavior.

Some martial arts can be described as eclectic in the sense that they borrow techniques from a wide variety of other martial arts.

In textual criticism, eclecticism is the practice of examining a wide number of text witnesses and selecting the variant that seems best. The result of the process is a text with readings drawn from many witnesses. In a purely eclectic approach, no single witness is theoretically favored. Instead, the critic forms opinions about individual witnesses, relying on both external and internal evidence.

Since the mid-19th century, eclecticism, in which there is no a priori bias to a single manuscript, has been the dominant method of editing the Greek text of the New Testament (currently, the United Bible Society, 4th ed. and Nestle-Aland, 27th ed.). Even so, the oldest manuscripts, being of the Alexandrian text-type, are the most favored, and the critical text has an Alexandrian disposition.[6]

In philosophy, Eclectics use elements from multiple philosophies, texts, life experiences and their own philosophical ideas. These ideas include life as connected with existence, knowledge, values, reason, mind, and language. Antiochus of Ascalon (c. 125 – c. 68 BC), was the pupil of Philo of Larissa, and the teacher of Cicero. Through his influence, Platonism made the transition from New Academy Scepticism to Eclecticism.[7] Whereas Philo had still adhered to the doctrine that there is nothing absolutely certain, Antiochus returned to a pronounced dogmatism. Among other objections to Scepticism, was the consideration that without firm convictions no rational content of life is possible.[7] He pointed out that it is a contradiction to assert that nothing can be asserted or to prove that nothing can be proved; that we cannot speak of false ideas and at the same time deny the distinction between false and true.[8] He expounded the Academic, Peripatetic, and Stoic systems in such a way as to show that these three schools deviate from one another only in minor points.[8] He himself was chiefly interested in ethics, in which he tried to find a middle way between Zeno, Aristotle and Plato. For instance, he said that virtue suffices for happiness, but for the highest grade of happiness bodily and external goods are necessary as well.[8]

This eclectic tendency was favoured by the lack of dogmatic works by Plato.[9] Middle Platonism was promoted by the necessity of considering the main theories of the post-Platonic schools of philosophy, such as the Aristotelian logic and the Stoic psychology and ethics (theory of goods and emotions).[10] On the one hand the Middle Platonists were engaged like the later Peripatetics in scholarly activities such as the exposition of Plato's doctrines and the explanation of his dialogues; on the other hand they attempted to develop the Platonic theories systematically. In so far as it was subject in this to the influence of Neopythagoreanism, it was of considerable importance in preparing the way for Neoplatonism.[10]

In religion, Eclectics use elements from multiple religions, applied philosophies, personal experiences or other texts and dogmas to form their own beliefs and ideas, noting the similarities between existing systems and practices, and recognizing them as valid. These ideas include life, karma, the afterlife, God and Goddess, the Earth, and other spiritual ideas. This spiritual approach is promoted by Unitarian Universalism. Some use a mix of Abrahamic, Dharmic, Neopagan, Shamanism, Daoic doctrines, New Age, religious pluralism, and Syncretism. Eclectics are most interested in what really works, personally and communally.