Education in Northern Ireland differs from systems used elsewhere in the United Kingdom, although it is relatively similar to Wales. A child's age on 1 July determines the point of entry into the relevant stage of education, unlike England and Wales where it is 1 September. Northern Ireland's results at GCSE and A-Level are consistently top in the UK. At A-Level and BTEC level 3, one third of students in Northern Ireland achieved A and distinction grades in 2007, which is a higher proportion than in England and Wales.[2][3]

The Northern Ireland Executive's Department of Education (DENI) is responsible for the region's education policy, except for the higher and further education sector for which the Department for Employment and Learning (DEL) retains responsibility.

The Department of Education's main areas of responsibility cover pre-school, primary, post-primary and special education; the youth service; the promotion of community relations within and between schools; and teacher education and salaries. Its primary statutory duty is to promote the education of the people of Northern Ireland and to ensure the effective implementation of education policy.

The Education Authority[4] is responsible for ensuring that efficient and effective primary and secondary education services are available to meet the needs of children and young people, and support for the provision of efficient and effective youth services. These services were previously delivered by the five Education and Library Boards (ELBs). Each of the former ELBs is now a sub region of the Education Authority:

Until 1 April 2015, education at a local level in Northern Ireland was administered by five education and library boards covering different geographical areas. The role of the boards was to ensure that high quality education, youth and library support services exist throughout their areas. Each board was allocated resources by the Department of Education.

Classroom 2000 (C2k), on behalf of the five boards, is responsible for the provision of information and communications technology managed services to all schools in Northern Ireland.

These boards were as follows:

The majority of examinations sat, and education plans followed, in Northern Irish schools are set by the Council for the Curriculum, Examinations & Assessment (CCEA). All schools in Northern Ireland follow the Northern Ireland Curriculum which is based on the National Curriculum used in England and Wales. At age 11, on entering secondary education, all pupils study a broad base of subjects which include geography, English, mathematics, science, physical education, music and modern languages. Currently there are proposals to reform the curriculum to make its emphasis more skills-based under which, in addition to those mentioned, home economics, local and global citizenship and personal, social and health education would become compulsory subjects[citation needed].

At age 14, pupils select which subjects to continue to study for General Certificate of Secondary Education (GCSE) examinations. Currently it is compulsory to study English, mathematics and religious studies, although a full GCSE course does not have to be studied for the latter[citation needed]. In addition, pupils usually elect to continue with other subjects and many study for eight or nine GCSEs but possibly up to ten or eleven. GCSEs mark the end of compulsory education in Northern Ireland.

At age 16, some pupils stay at school and choose to study Advanced Level AS and A2 level subjects or more vocational qualifications such as Applied Advanced Levels. Those choosing AS and A2 levels normally pick three or four subjects and success in these can determine acceptance into higher education courses at university.

Northern Ireland does not operate with the transfer test (formerly the Eleven Plus) any more. This follows a decision by Caitríona Ruane, the Minister for Education. A movement for reform was successful in doing away with the transfer test; however, the majority of grammar schools have decided to set their own entrance exams. There are two types in Northern Ireland:– AQE and GL assessment. 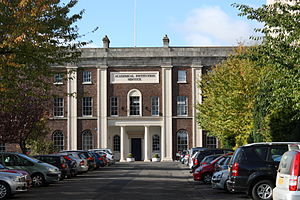 Controlled schools (nursery, primary, special, secondary modern and grammar schools) are under the management of the school's board of governors and the employing authorities are the five education and library boards. Although now open to those of all faiths and none, many of these schools were originally Protestant church schools, whose control was transferred to the state in the first half of the twentieth century. The three largest Protestant churches (Presbyterian, Church of Ireland and Methodist), known as the transferors, maintain a link with the schools through church representation on controlled school boards of governors.

This statutory representational role on boards of governors is set out in schedules 4 and 5 of the Education & Library Board (Northern Ireland) Order 1986. Under this order, for example, transferor governors comprise four out of nine members on a controlled primary school. This right of representation on controlled schools is being re-examined under the Review of Public Administration (RPA).

The RPA has proposed the removal of this statutory role for transferors on the ground that it purportedly contravenes the equality requirements of the Northern Ireland Act 1998. The Transferors' Representative Council, speaking on behalf of the three churches, argues that this proposal will remove the Christian ethos from the controlled sector of education.[5] 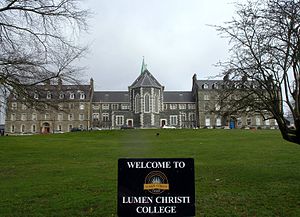 The Council for Catholic Maintained Schools (CCMS)[7] is the advocate for the Catholic maintained schools sector in Northern Ireland. CCMS represents trustees, schools and governors on issues such as raising and maintaining standards, the school estate and teacher employment. As the largest employer of teachers in Northern Ireland (8,500 teachers), CCMS plays a central role in supporting teachers whether through its welfare service or, for example, in working parties such as the Independent Inquiry into Teacher Pay and Conditions of Service. Exempt from fair employment legislation, it is permitted to discriminate against non-Catholic teachers.

CCMS supports trustees in the provision of school buildings, and governors and principals in the management and control of schools. CCMS also has a wider role within the Northern Ireland education sector and contributes to policy on a wide range of issues such as curriculum review, selection, pre-school education, pastoral care and leadership.

There are 36 council members who oversee and authorise the strategic and operational policies and practices of CCMS. Council members are appointed for the duration of each council period for four years. Membership to the council is by appointment and recommendation[citation needed]. Council members receive payment for travelling and incurred costs only. There are four categories of Council members:

Established under the auspices of 1989 Education Reform (Northern Ireland) Order, the Council’s primary purpose is the provision of an upper tier of management for the Catholic Maintained Sector with the primary objective of raising standards in Catholic maintained schools.

Although integrated education is expanding, Northern Ireland has a highly segregated education system, with 95% of pupils attending either a maintained (Catholic) school or a controlled school (mostly Protestant). Controlled schools are open to children of all faiths and none, as are Catholic schools (Catholic describes the way the school is run but the students do not have to be Roman Catholic to attend). Teaching a balanced view of some subjects (especially regional history) is difficult in these conditions. The churches in Northern Ireland have not been involved in the development of integrated schools.[8] The schools have been established by the voluntary efforts of parents. The Northern Ireland Council for Integrated Education (NICIE), a voluntary organisation, promotes, develops and supports integrated education in Northern Ireland, through the medium of English only.

The Integrated Education Fund (IEF) is a financial foundation for the development and growth of integrated education in Northern Ireland in response to parental demand. The IEF seeks to bridge the financial gap between starting integrated schools and securing full government funding and support.

It was established in 1992 with money from EU Structural Funds, the Department of Education NI, the Nuffield Foundation and the Joseph Rowntree Charitable Trust, as a financial foundation for the development and growth of Integrated Education. The Fund financially supports the establishment of new schools, the growth of existing schools and those schools seeking to become integrated through the transformation process. Funding is generally seed corn and projects are 'pump primed' with the objective of eventually securing full government funding and support.

The Education (Northern Ireland) Order 1998 placed a duty on the Department of Education, similar to that already in existence in relation to integrated education through the 1989 Education Reform Order, "to encourage and facilitate the development of Irish-medium education”. Pupils are usually taught most subjects through the medium of Irish, which is the second language of most of the pupils, whilst English is taught through English. This form of education has been described as Immersion education, and is now firmly established as a successful and effective form of bilingual education. It aims to develop a high standard of language competence in the immersion language (Irish) across the curriculum, but must also, and can, ensure a similar level of achievement in the first language (in this case, usually English) as that reached by pupils attending monolingual English medium schools.

Irish-medium schools, or Gaelscoileanna, are able to achieve grant-aided status, under the same procedures as other schools, by applying for voluntary maintained status. In addition to free-standing schools, Irish language medium education can be provided through units in existing schools. Unit arrangements permit Irish-language-medium education to be supported where a free-standing school would not be viable. A unit may operate as a self-contained provision under the management of a host English-medium school and usually on the same site.

There are currently two types of Irish-medium schools in Northern Ireland. There are stand-alone schools, of which there are 27, and there are Irish-medium units attached to English-medium host schools. There are 12 of these type of school.

Note that although the Department of Education uses Year 8 to Year 14 for secondary education, the traditional First-Fifth Form, Lower Sixth and Upper Sixth are still used, at least informally, by some schools.

School holidays in Northern Ireland are considerably different from those of Great Britain, and are more similar to those in the Republic of Ireland. Northern Irish schools often do not take a full week for half-term holidays, and the summer term does not usually have a half-term holiday at all. Christmas holidays sometimes consist of less than two weeks. The same applies to the Easter holiday. This does, however, vary considerably between schools. The major difference, however, is that summer holidays are considerably longer with the entirety of July and August off, giving a two-month summer holiday.