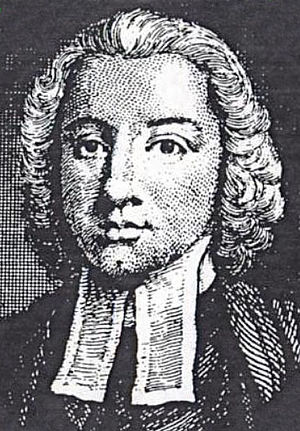 Edward Rowe Mores, FSA (/ˈmɒrɪs/; 24 January 1731 [OS: 13 January 1730] – 22 November 1778) was an English antiquarian and scholar, with works on history and typography. He was also instrumental in the founding of The Society for Equitable Assurances on Lives and Survivorships (now commonly known as Equitable Life), and is credited with being the first person to use the professional title actuary in relation to insurance.

Edward Rowe Mores was born on 24 January 1731 [NS] at Gore Court in Tunstall near Sittingbourne in Kent. His father Edward Mores (1681–1740) was a member of the gentry, and had been rector of Tunstall for twenty years. His mother was Sarah Windsor, the daughter of a City merchant. He had one sister, Ann-Catherine.

In 1740, Mores's father died leaving a considerable inheritance, and later the same year he entered the Merchant Taylors' School in London. His mother soon remarried, to Richard Bridgman, a London grocer who was of increasing importance in the Grocer's Company. Mores entered Queen's College, Oxford in 1746, obtaining a BA in 1750, and MA in 1753.

At Oxford, he was renowned for the range and depth of his learning and for his idiosyncrasies. He studied Latin, and spoke it almost exclusively to his daughter when she was young. Besides mathematics, he was interested in such diverse studies as heraldry, and was elected a fellow of the Society of Antiquaries in 1752.

After James Dodson’s death, Mores became the leader of the group which eventually became the Society for Equitable Assurances on Lives and Survivorship in 1762. He specified that the chief official should be called the actuary, which is the earliest known reference to the position as a business concern.