Edward Franciszek Szczepanik (Polish: [ʂt͡ʂɛˈpaɲik]; born 22 August 1915 in Suwałki, Poland; - 11 October 2005 in Worcestershire, England) was a Polish economist and the last Prime Minister of the Polish Government in Exile.[1]

Szczepanik was born on 22 August 1915 in Suwałki, a small town in northern Poland, while the country was part of Imperial Russia under German occupation.

Edward lived in Kościuszko street,[2] he went to the local grammar school and then studied at the Warsaw School of Economics (SGH). He studied for his M.Sc. in political economy under Professor Edward Lipiński in 1936. During his compulsory military service he was stationed at the Artillery Officers' School with the 29th Light Artillery Regiment. He won a scholarship to study at the London School of Economics, studying under Professors Lionel Robbins, Friedrich Hayek and Paul Narcyz Rosenstein-Rodan. On his return he became an assistant in Lipiński's department in SGH. After the interruption of the War, he completed his education with an M.Sc. in Economics from the LSE in 1953 and also a PhD in Economics in 1956. 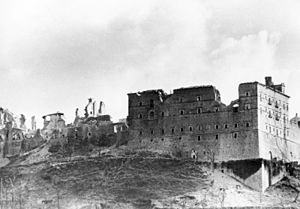 During the Invasion of Poland, Szczepanik was interned in Lithuania and later captured by the Soviet forces. From 1940 until 1942, he was a prisoner of the Soviet Gulag camps in Kozielsk and Kola Peninsula. Following the outbreak of the Russo-German War and signing of the Sikorski-Mayski Agreement, he was released and joined the Polish II Corps under general Władysław Anders. As an Officer (and eventually Major) in the Polish Army, he served with distinction in the Fifth Polish Artillery Regiment - notably in the battles of Monte Cassino, Ancona, and Bologna. He was one of the first members of the Allied troops to enter Bologna. In 1945 he received the Cross of the Valorous, and the following year was awarded the Silver Cross of Merit with Swords. In addition, Szczepanik was awarded the Italian Cross of Military Merit by the King of Italy and several other Polish and British campaign medals. He also served as a liaison officer with the Royal Artillery Training Team, commanded by Colonel R.R. Hoare.

Edward Szczepanik married Hanna Maria Janikowska on 29 June 1946 in Rome. They had four children, Barbara, Tadeusz, Zofia and Tomasz, all of whom were born in London. 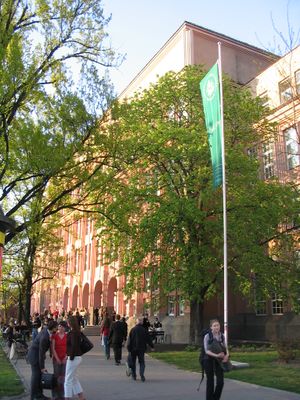 Szczepanik's career as an economist encompassed many educational institutions, including:

In addition, Szczepanik also performed consulting for the following:

Szczepanik also worked with the Food and Agricultural Organisation (FAO) of the UN - first as a consultant in Hong Kong from 1954-1955; and later as Senior Economist in Rome, Italy from 1963 until 1977.

Szczepanik was founder and Chairman of the Polish Institute for Research into National Affairs (Instytut Badań Zagadnień Krajowych) in London during 1951 to 1953 and 1983 to 1986. While in Rome, Italy from 1963 to 1977, he was also the Polish representative to the Holy See - one of only three states that still continued its relations with the Polish Government in Exile. He was director of the Council for Understanding Research on Poles Living Abroad (Rada Porozumiewawcza Badań nad Polonią), and was President of the Polish Society of Arts and Sciences Abroad (Polskie Towarzystwo Naukowe na Obczyźnie - PTNO) in London. In 1981 he also became the Minister of Home Affairs of the Polish Government in Exile. On 7 April 1986 he was chosen the successor of Kazimierz Sabbat to be the next Prime Minister of that government. After Sabbat's death, his successor as the president of Poland in exile, Ryszard Kaczorowski, asked him to continue with his mission, which ended in 1990. This is when Szczepanik’s cabinet advised their last President in Exile to accept the invitation of Poland's Speaker of the Senate to transfer the Flag and other Office pre-war Insignia to Lech Wałęsa in Warsaw, as the “President of the Republic elected by Polish people in free general elections”.

Szczepanik was honoured to be named a Knight of the Order of Polonia Restituta by the Polish Government in Exile in 1981. In 1982 he obtained the freedom of his native town Suwałki as its honorary citizen. The President of the Republic of Poland in London awarded him with a Commander's Star in 1985, to which a Grand Sash was added in 1989. He was awarded the title of Doctor of Economic Science – Honoris Causa in 1995 by the Warsaw School of Economics. In 1996, Szczepanik received from the starost (mayor) of Powiat of Suwałki the Medal for Merits to the Powiat of Suwałki; and from Poland's Minister of Culture, the Medal for Merits to Polish Culture.

Szczepanik died on 11 October 2005 in Worcestershire. His ashes were buried with military honours in his home town of Suwałki following a requiem mass at St Alexander's Church.[3]

Republic in Exile tells the story of the Polish Government-in-Exile in the form of five short episodes available on the YouTube channel: Polish Embassy UK

Excerpts of Prime Minister Edward Szczepanik speaking (at the time shown) and photographs appear in episodes 4 & 5: