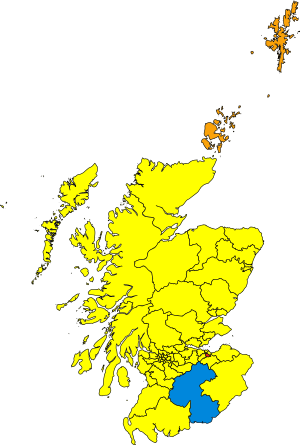 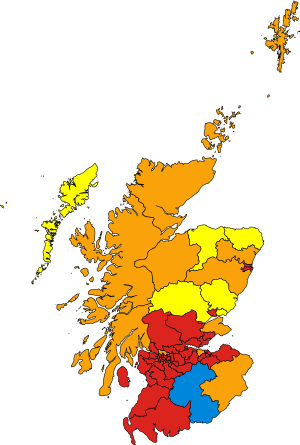 * Philip Lardner, the Conservative candidate for North Ayrshire and Arran was disowned by the Conservative Party for comments he posted on his website, calling homosexuality 'abnormal'. It was too late for him to be replaced and he still read as the Scottish Conservative & Unionist Party candidate on the ballot paper. 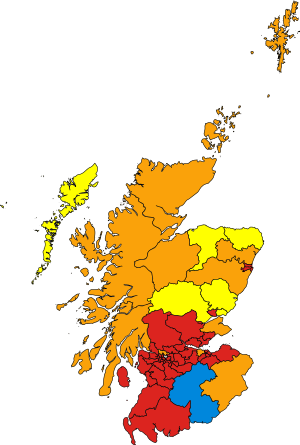 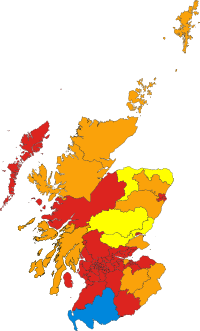 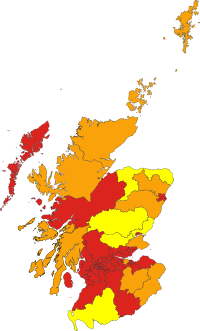 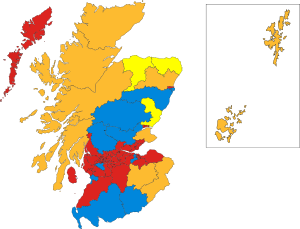 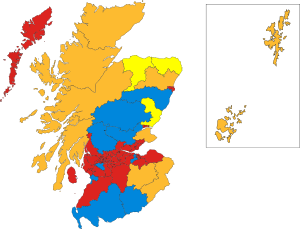 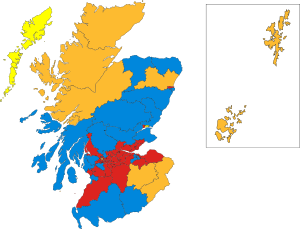 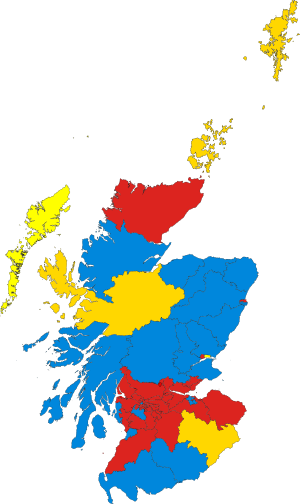 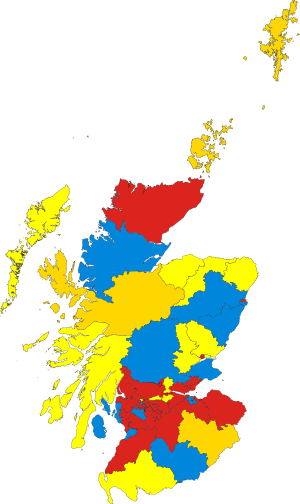 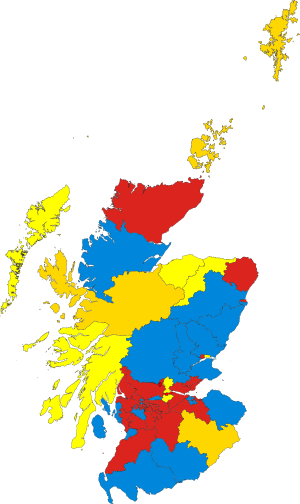 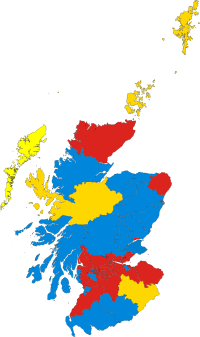 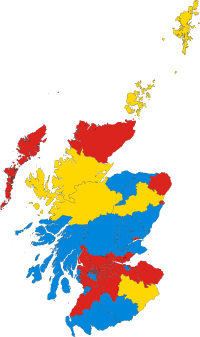 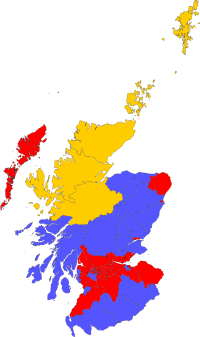 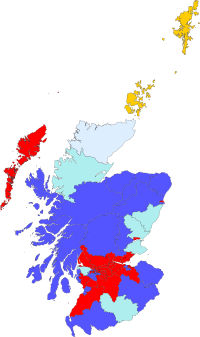 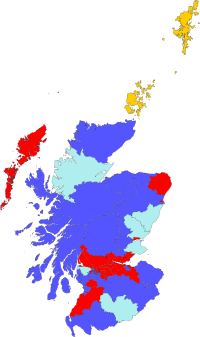 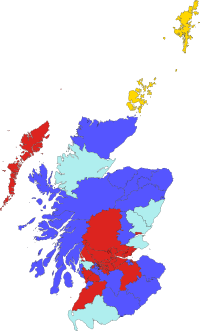 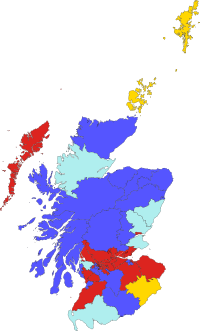 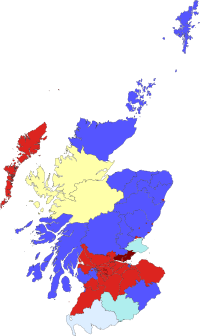 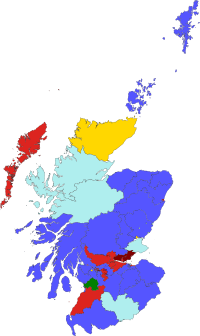 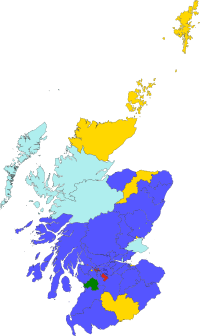 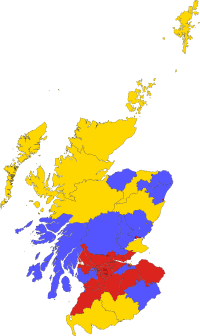 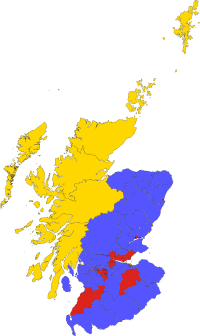 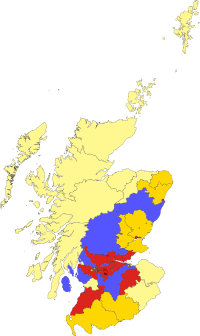 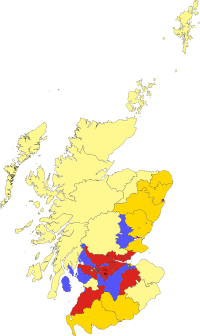 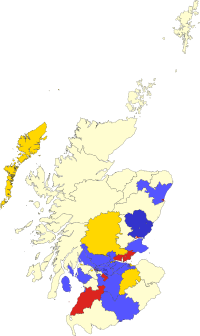 As one consequence of the Gould Report,[4] which was a response to the fiasco of the 2007 elections, the next council elections are scheduled for 2012 (one year after the Parliamentary elections).

The election was contested for the second time under the STV system of proportional representation. It was also the first time in 13 years for the elections not be held on the same day as the Scottish parliament elections. For full analysis see Scottish council elections, 2012.

In 1999, a Scotland-wide constituency replaced 8 first-past-the-post constituencies, which were used in the elections between 1979 and 1994: which returned 8 MEPS under the d'Hondt method of party-list proportional representation system. Since then, the number of MEPs returned by Scotland has been reduced twice more to seven in (2004) and then to six in (2009).

Elected candidates are shown in bold. Brackets indicate the number of votes per seat won.

For full details of results please referee to related articles;

To-date 6 referendums have been held in Scotland, covering a wide range of issues.