Elias Canetti (/kəˈnɛti, kɑː-/;[1] Bulgarian: Елиас Канети; 25 July 1905 – 14 August 1994) was a German language author, born in Bulgaria, and later a British citizen. He was a modernist novelist, playwright, memoirist, and non-fiction writer.[2] He won the Nobel Prize in Literature in 1981, "for writings marked by a broad outlook, a wealth of ideas and artistic power".[3]

Born to businessman Jacques Canetti and Mathilde née Arditti in Ruse, a city on the Danube in Bulgaria, Canetti was the eldest of three sons.[4] His ancestors were Sephardi Jews who had been expelled from Spain in 1492. His paternal ancestors had settled in Ruse from Ottoman Adrianople.[4] The original family name was Cañete, named after Cañete, Cuenca, a village in Spain.

In Ruse, Canetti's father and grandfather were successful merchants who operated out of a commercial building, which they had built in 1898.[5] Canetti's mother descended from one of the oldest Sephardi families in Bulgaria, Arditti, who were among the founders of the Ruse Jewish colony in the late 18th century. The Ardittis can be traced back to the 14th century, when they were court physicians and astronomers to the Aragonese royal court of Alfonso IV and Pedro IV. Before settling in Ruse, they had lived in Livorno in the 17th century.[6] 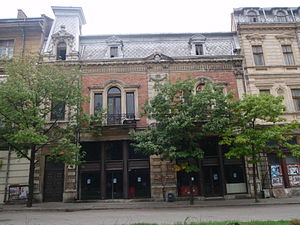 Canetti spent his childhood years, from 1905 to 1911, in Ruse until the family moved to Manchester, England, where Canetti's father joined a business established by his wife's brothers. In 1912, his father died suddenly, and his mother moved with their children first to Lausanne, then Vienna in the same year. They lived in Vienna from the time Canetti was aged seven onwards. His mother insisted that he speak German, and taught it to him. By this time Canetti already spoke Ladino (his native language), Bulgarian, English and some French; the latter two he studied in the one year they were in Britain. Subsequently the family moved first (from 1916 to 1921) to Zürich and then (until 1924) to Frankfurt, where Canetti graduated from high school.

Canetti went back to Vienna in 1924 in order to study chemistry. However, his primary interests during his years in Vienna became philosophy and literature. Introduced into the literary circles of First-Republic-Vienna, he started writing. Politically leaning towards the left, he was present at the July Revolt of 1927 – he came near to the action accidentally, was most impressed by the burning of books (recalled frequently in his writings), and left the place quickly with his bicycle.[7] He gained a degree in chemistry from the University of Vienna in 1929, but never worked as a chemist. 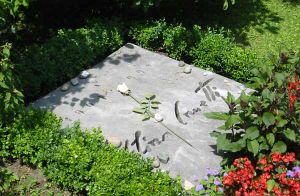 A highly awarded German language writer, Canetti won the Nobel Prize in Literature in 1981, "for writings marked by a broad outlook, a wealth of ideas and artistic power". He is known chiefly for his celebrated trilogy of autobiographical memoirs of his childhood and of pre-Anschluss Vienna (Die Gerettete Zunge; Die Fackel im Ohr; and Das Augenspiel), for his modernist novel Auto-da-Fé (Die Blendung), and for Crowds and Power, a study of crowd behaviour as it manifests itself in human activities ranging from mob violence to religious congregations. 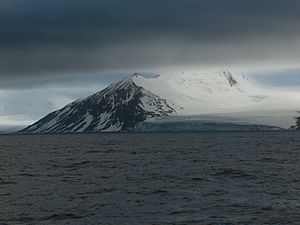 In 1934 he married Veza (Venetiana) Taubner-Calderon (1897–1963) with whom he had a dynamic relationship. She acted as his muse and devoted literary assistant. Canetti, however, remained open to relationships with other women.

In 1938, after the Anschluss uniting Austria with Germany, Canetti moved to London where he became closely involved with the painter Marie-Louise von Motesiczky, who was to remain a close companion for many years to come. His name has also been linked with that of the author Iris Murdoch (see John Bayley's Iris, A Memoir of Iris Murdoch, where there are several references to an author, referred to as "the Dichter", who was a Nobel Laureate and whose works included Die Blendung [English title Auto-da-Fé]).

Canetti's brother Jacques settled in Paris, where he championed a revival of French chanson.[9]

Despite being a German language writer, Canetti settled and stayed in Britain until the 1970s, receiving British citizenship in 1952. For his last 20 years, however, Canetti mostly lived in Zürich.