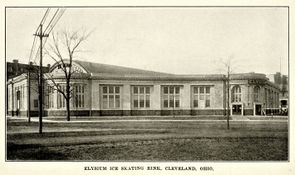 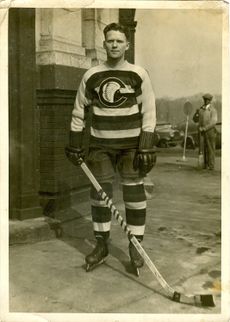 1929 Cleveland Indians player in front of the Elysium Arena, with a street cleaner in the background