The Emirate of Diriyah was the first Saudi state.[1] It was established in the year 1744 (1157 A.H.) when imam Muhammad ibn Abd al-Wahhab and Prince Muhammad bin Saud formed an alliance to establish a religious and political sovereignty determined to purge the Arabian Peninsula of heretical practices and deviations from orthodox Islam as they understood it. This joint effort is seen by Wahhabism as the restoration of the basic belief in Tawhid, and many Salafi maintain it marks the beginning of the broader Salafi revivalist movement.[citation needed] Practices such as offering prayers to saintly figures, making pilgrimages to tombs and special mosques, venerating trees, caves, and stones were abolished under this rule.[2] In 1744, both Muhammed bin Abd Al Wahhab and Muhammad bin Saud took an oath to achieve their goal.[3] Marriage between Muhammad bin Saud's son, Abdul-Aziz bin Muhammad, and the daughter of the Imam helped to seal the pact between their families which has lasted through the centuries to present day.

The House of Saud and its allies quickly rose to become the dominant sovereignty in Arabia by first conquering Najd, and then expanding their influence over the eastern coast which measures from Kuwait down to the northern borders of Oman.[citation needed] Furthermore, Saud's forces brought the highlands of 'Asir under their suzerainty, while Muhammed bin Abd Al Wahhab wrote letters to people and scholars to enter the field of jihad, by means of debate and scholarly work, to remove elements of polytheism which existed in their countries such as Iraq, Egypt, India, Yemen and Syria.[citation needed] But he did not seek to come into direct confrontation with the Ottoman Caliphate.[4] After many military campaigns, Saud died in 1765, leaving the leadership to his son, Abdul-Aziz bin Muhammad. Saud's forces went so far as to gain command of the Shi'a holy city of Karbala in 1801. Here they destroyed grave markers of saints and monuments. Eleven years after the death of Muhammed bin Abd Al Wahhab the son of Abdul Aziz Bin Muhammad, Saud bin Abdul-Aziz bin Muhammad bin Saud, sent out forces to bring the region of Hejaz under his rule.[5] Ta'if was the first city to be captured, and later the two holy cities of Mecca and Medina. This was seen as a major challenge to the authority of the Ottoman Empire, which had exercised its rule over the holy cities since 1517.

The task of weakening the grip of the House of Saud was given to the powerful viceroy of Egypt, Muhammad Ali Pasha, by the Ottomans. This initiated the Ottoman–Saudi War, in which Muhammad Ali sent his troops to the Hejaz region by sea. His son, Ibrahim Pasha, then led Ottoman forces into the heart of Nejd, capturing town after town. Saud's successor, his son Abdullah bin Saud, was unable to prevent the recapture of the region.[6] Finally, Ibrahim reached the Saudi capital at Diriyah and placed it under siege for several months until it surrendered in the winter of 1818. Ibrahim then shipped off many members of the clans of Al Saud and Muhammed Ibn Abd Al Wahhab to Egypt and the Ottoman capital, Istanbul. Before he left he ordered a systematic destruction of Diriyah, whose ruins have remained untouched ever since[citation needed]. Abdullah bin Saud was later executed in the Ottoman capital Constantinople with his severed head later thrown into the waters of the Bosphorus, marking the end of what was known as the First Saudi State.[7] However, both the Salafi movement and the remaining members of the Al Saud clan stayed committed to found a Second Saudi State that lasted until 1891, and later a third state, Saudi Arabia, which continues to rule till the present day.[8]

Rulers of the first Saudi state 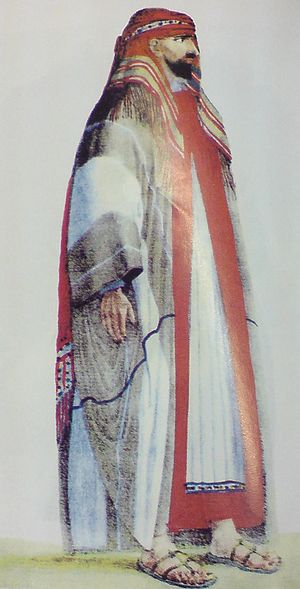