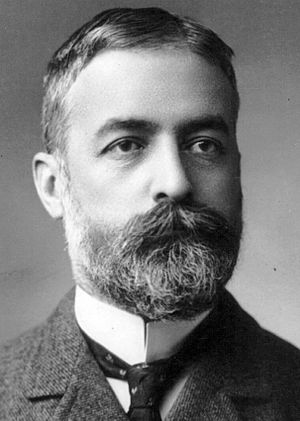 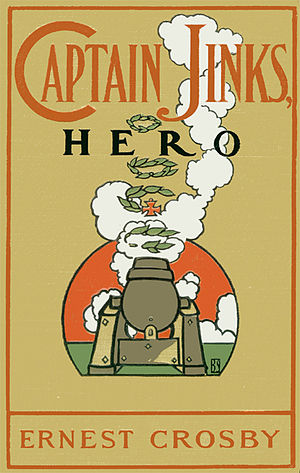 Ernest Howard Crosby (1856–1907) was an American reformer and author, born in New York City, the son of Presbyterian minister Howard Crosby,[1] and a relative of prolific hymnwriter and rescue mission worker Fanny Crosby.

He was educated at New York University and the Columbia Law School. He was a member of the Delta Phi fraternity during his time at New York University. While a member of the State Assembly (1887–1889), he introduced three high-license bills, all vetoed by the Governor. From 1889 to 1894 he was judge of the Court of the First Instance at Alexandria, Egypt. He became an exponent of the theories of Count Tolstoy, whom he visited before his return to America; his relations with the great Russian later ripened into intimate friendship, and he devoted himself in America largely to promulgating Tolstoy's ideas of universal peace. His book, Plain Talk in Psalm and Parable (1899), was widely commended by such writers as Björnson, Kropotkin, and Zangwill. He was a vegetarian.[2] He wrote: