Von Delius died at the age of 25 years at the Nürburgring Circuit during the 1937 German Grand Prix, having suffered a fatal collision with Richard Seaman. 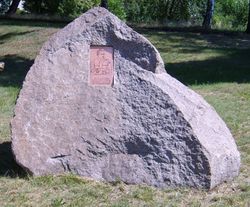 Memorial to von Delius in his birthplace of Plessa.