The Academy—under the name of European Cinema Society—was officially founded by its first President, the Swedish director Ingmar Bergman, as well as 40 filmmakers from all over Europe.

The European Film Awards takes place every second year in Berlin, while they are presented every other year in another European capital.

In 1988, the Academy—under the name of European Cinema Society—was officially founded by its first President, the Swedish director Ingmar Bergman, as well as 40 filmmakers from all over Europe in order to promote European film culture worldwide and to protect and to support the interests of the European film industry.[1] Wim Wenders was elected Chairman.[1] Two years later, the European Cinema Society was renamed European Film Academy and was registered as a non-profit association.

In 1996, Wim Wenders took over the presidency from Ingmar Bergman,[2] and the British producer Nik Powell was elected new Chairman.[3] The decisions about political targets and contents are made by the 15 Board members of the Academy which has its seat in Berlin.[4]

Due to a decision of the General Assembly, the number of members - originally limited to 99 - has been continuously increasing and has now reached 3,300 (as of January 2015). The Academy is thus working in close contact with the European film industry. 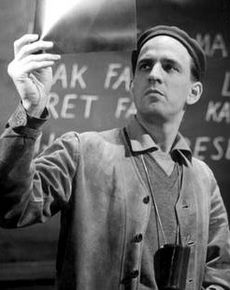 listed are all countries with more than 20 EFA members

Throughout the year, the European Film Academy (EFA) initiates and participates in a series of activities dealing with film politics as well as economic, artistic, and training aspects. The programme includes conferences, seminars and workshops, and a common goal is to build a bridge between creativity and the industry. Some of EFA's events have already become an institution for encounters within the European film community:

A Sunday in the Country is a special weekend encounter between appr. ten young European filmmakers and some established EFA members. The private atmosphere of these gatherings guarantees an exchange of ideas and experience which goes far beyond the results of usual workshops.

Conferences and Seminars Every year, a series of conferences initiated and/or supported by the European Film Academy enhance a European debate on film, create platforms for a vivid exchange among film professionals and ensure that the discussion of what European film is, how it is changing and where it is going never expires. 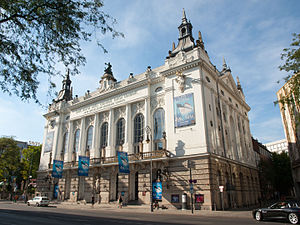 The annual European Film Awards ceremony (until 1997 known as FELIX) is the most visible activity of the European Film Academy. With the awards the Academy pursues the following aims: attracting the interest of the audience in European cinema, promoting its cultural and artistic qualities, and regaining the public's confidence in its entertainment value. To put these ideas into practice, the People's Choice Awards were added as a new category in 1997. They are accompanied by big advertising campaigns in European film magazines. In addition, screenings of the nominated films were in the past years organised for the public in several European cities (Berlin, Edinburgh, London, Stockholm, Strasbourg, Warsaw).

The members of the European Film Academy actively participate in the selection, nomination and awarding procedure.

Every year, the European Film Academy organises a sidebar programme on the occasion of the European Film Awards week-end with panel discussions and conferences. Thus, innovative production methods for the new millennium were discussed at the conference which took place in Berlin in 1999, whereas in 2000, nine European filmmakers of international reputation (among them, Wim Wenders, Liv Ullmann, Tom Tykwer, Dominik Moll, Pavel Lungin, Maria de Medeiros) as well as the EU commissioner Viviane Reding made very personal and visionary speeches on the artistic, cultural, and social role of cinema in front of 800 guests at Theâtre de l'Odéon in Paris, where the conference E LA NAVE VA - For a New Energy in European Cinema was held.