Petrov-Vodkin's painting of a theatre audience enjoying a farce.

In theatre, a farce is a comedy that aims at entertaining the audience through situations that are highly exaggerated, extravagant, and thus improbable.[1] Farces are often highly incomprehensible plot-wise (due to the many plot twists and random events that occur), but viewers are encouraged not to try to follow the plot in order to avoid becoming confused and overwhelmed. Farce is also characterized by physical humor, the use of deliberate absurdity or nonsense, and broadly stylized performances. Farces have been written for the stage and film. Furthermore, a farce is also often set in one particular location, where all events occur. 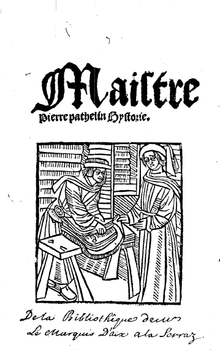 Particularly popular in Marathi language Theatre: a few such examples...