Faron Young (February 25, 1932 – December 10, 1996) was an American country music singer and songwriter from the early 1950s into the mid-1980s and one of its most successful and colorful stars. Hits including "If You Ain't Lovin' (You Ain't Livin')" and "Live Fast, Love Hard, Die Young" marked him as a honky-tonk singer in sound and personal style; and his chart-topping singles "Hello Walls" and "It's Four in the Morning" showed his versatility as a vocalist. Known as the Hillbilly Heartthrob, and following a movie role, the Young Sheriff, Young's singles reliably charted for more than 30 years. He committed suicide in 1996. Young is a member of the Country Music Hall of Fame.

Born in Shreveport, Louisiana one day before Johnny Cash, Young was the youngest of six children of Harlan and Doris Young. He grew up on a dairy farm that his family operated outside the city. He began singing at an early age. Young who originally wanted to be Pop singer went with some friends to see Hank Williams perform on the Louisiana Hayride, that night Williams did 9 encores and Faron Young was left so impressed that he switched to Country Music instead. He performed at the local Optimist Club and was discovered by Webb Pierce, who brought him to star on Louisiana Hayride on KWKH-AM in 1951. He graduated from Fair Park High School that year and attended Centenary College of Louisiana.

Young recorded in Shreveport, but his first releases were on Philadelphia’s Gotham Records.[1] By February 1952, he was signed to Capitol Records, where he recorded for the next ten years. His first Capitol single appeared that spring.

Young moved to Nashville, Tennessee, and recorded his first chart hit, "Goin’ Steady", in October 1952, but his career was sidetracked when he was drafted into the US Army the following month. The song hit the Billboard country charts while Young was in basic training. It peaked at No. 2, and the US Army Band took the young singer to replace Eddie Fisher on tours—its first country music singer—just as "If You Ain’t Lovin’" was hitting the charts.[1] He was discharged in November 1954.

From 1954 to 1962, Young recorded many honky-tonk classics for Capitol, including the first hit version of Don Gibson’s "Sweet Dreams". Most famous was "Hello Walls," a 1961 crossover hit for Young written by Willie Nelson.[1] It sold over one million copies, and was awarded a gold disc.[2] 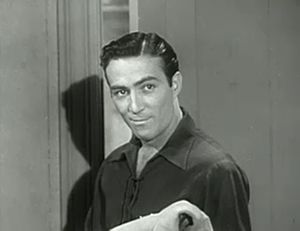 During the mid-1950s, Young starred in four low-budget movies: Hidden Guns, Daniel Boone, Trail Blazer, Raiders of Old California and Country Music Holiday. He appeared as himself in cameo roles and performances in later country music movies and was a frequent guest on television shows throughout his career, including ABC-TV's Ozark Jubilee. His band, the Country Deputies, was one of country music's top bands and they toured for many years. He invested in real estate along Nashville's Music Row in the 1960s and, in 1963, co-founded, with Preston Temple, the trade magazine, Music City News.

The same year, Young switched to Mercury Records and drifted musically, but by the end of the decade he had recaptured much of his fire with hits including "Wine Me Up". Released in 1971, waltz-time ballad "It's Four In The Morning" written by Jerry Chesnut[3] was one of Young’s finest records and his last number one hit, also becoming his only major success in the United Kingdom, where it peaked at No. 3 on the pop charts. By the mid-1970s his records were becoming overshadowed by his behavior, making headlines in 1972 when he was charged with assault for spanking a girl in the audience at a concert in Clarksburg, West Virginia, who he claimed spat on him,[1] and for other later incidents. In the mid-70s, Young was the spokesman for BC Powder.[4]

In 1952 Faron Young met his future wife Hilda Macon, the daughter of an Army Master Sergeant and the great granddaughter of Uncle Dave Macon, while Young was stationed at Fort McPherson. The couple married two years later in November 1954 after Young was discharged from the Army and had four children sons Damion, Robyn and Kevin and a daughter Alana. Faron and Hilda Young divorced after 32 years of marriage in 1986.

Young's later life was plagued with bouts of depression and alcoholism. On the night of December 4, 1984, Young fired a pistol into the kitchen ceiling of his Harbor Island Home. When he refused to seek help for his drinking problem Young and his Wife Hilda separated, sold their home and bought individual houses. When asked at the divorce trial if he feared hurting someone by shooting holes into the ceiling Faron Young answered "Not Whatsoever. I figured if I wanted to shoot holes in the ceiling, I could shoot it anywhere."

Faron Young's son Robyn Young followed him into the Country Music Business starting in 1975. Robyn was the main headliner at his father's night club Faron Young's Jailhouse. In the early 1980s Robyn began touring with his father performing as an opening act.

Damion Young, the oldest of Faron and Hilda Young's four children died on November. 25, 2006 at the age of 51 after suffering a long illness. Coincidently he died at four in the morning, the title of his father's last number one hit and three weeks before the tenth anniversary of his father's death.

Young signed with MCA Records in 1979 but the association lasted only two years. Nashville independent label Step One signed him in 1988 where he recorded into the early 1990s (including a duet album with Ray Price), then withdrew from public view. Though new country acts including BR549 were putting his music before new audiences in the mid-1990s, Young apparently felt the industry had turned its back on him.[1] That and despondency over his deteriorating health were cited as possible reasons that Young shot himself on December 9, 1996. He died in Nashville the following day and was cremated. His ashes were spread by his family over Old Hickory Lake outside Nashville at Johnny Cash and June Carter Cash's home while the Cashes were away.[5]

Two years before Young's death, the German independent record label Bear Family Records released a box set entitled The Classic Years 1952-1962, which showcased Young's early recordings for Capitol. It did not include all of Young's best-known hits and is currently out of print.[citation needed]

Actor Fred Parker Jr. has been cast as Young in the upcoming biopic I Saw the Light, set to release in 2015.[8]