From Infogalactic: the planetary knowledge core
Jump to: navigation, search
For other uses, see Faulkner (disambiguation).

Faulkner County is a county located in the Central Arkansas region of the U.S. state of Arkansas. As of the 2010 census, the population was 113,237, making it the fifth most populous of Arkansas's seventy-five counties.[1] The county seat and largest city is Conway.[2] Faulkner County was created on April 12, 1873, one of nine counties formed during Reconstruction, and is named for Arkansas Militia Colonel Sandy Faulkner, a popular figure in the state at the time.

Located at the intersection of the Ozarks and Arkansas River Valley, the county was sparsely populated for much of its early years. Largely a county of rural settlements, growth came slowly following the Civil War and Reconstruction. A college, known today as University of Central Arkansas was established in 1907, but population continued to grow slowly. The growth of Little Rock and the construction of Interstate 40 have made Conway and other parts of Faulkner County into bedroom communities for the state capitol. Today Faulkner County is included in the Central Arkansas metro area, with Conway as a principal city.

Faulkner County was formed from parts of Conway and Pulaski counties on April 12, 1873, and is named after Colonel Sanford C. 'Sandy' Faulkner[3] who was the composer of the popular fiddle tune "The Arkansas Traveler". 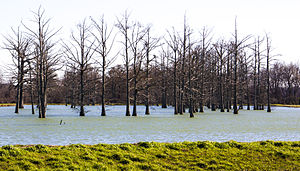 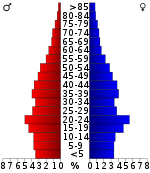 Publicly funded education for elementary and secondary school students is provided by:

Privately funded education for elementary and secondary school students is provided by: 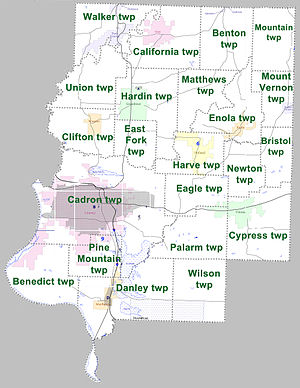 Townships in Faulkner County, Arkansas as of 2010

Townships in Arkansas are the divisions of a county. Each township includes unincorporated areas; some may have incorporated cities or towns within part of their boundaries. Arkansas townships have limited purposes in modern times. However, the United States Census does list Arkansas population based on townships (sometimes referred to as "county subdivisions" or "minor civil divisions"). Townships are also of value for historical purposes in terms of genealogical research. Each town or city is within one or more townships in an Arkansas county based on census maps and publications. The townships of Faulkner County are listed below; listed in parentheses are the cities, towns, and/or census-designated places that are fully or partially inside the township. [12][13]