From Infogalactic: the planetary knowledge core
(Redirected from Federal Ministry of Economics and Technology)
Jump to: navigation, search 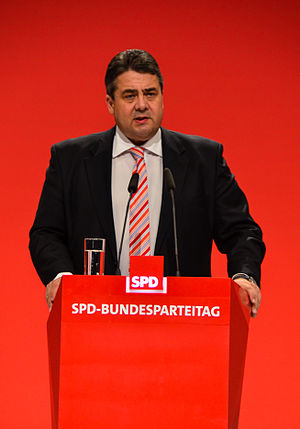 The Federal Ministry for Economic Affairs and Energy (German: Bundesministerium für Wirtschaft und Energie), abbreviated BMWi, is a cabinet-level ministry of the Federal Republic of Germany. It was previously known as the "Ministry of Economy". It was recreated in 2005 as "Ministry of Economics and Technology" after it had previously been merged with other ministries to form the Federal Ministry for Economics and Labour between 2002 and 2005.

The Ministry is organised into 9 departments and one central department.

The ministry is headquartered in Berlin.

In addition to its own operations, the Ministry also oversees the following agencies:[1]

Ministers and Secretaries of State

Ministry for Economic Affairs and Energy (since 2013)