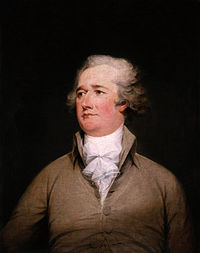 Alexander Hamilton, author of Federalist No. 69

This paper describes some of the legal powers of the President of the United States. To assuage fears that the head of the executive branch will hold excessive power under the Constitution, Hamilton compares and contrasts the President's powers to those of the King of Great Britain. He explains that while both share similarities, the powers held by the former are undoubtedly inferior to the latter.

Specifically, Hamilton "explained that the president's authority 'would be nominally the same with that of the King of Great Britain, but in substance much inferior to it. It would amount to nothing more than the supreme command and direction of the military and naval forces, as first general and admiral of the confederacy; while that of the British king extends to the declaring of war, and to the raising and regulating of fleets and armies; all of which by the constitution under consideration would appertain to the Legislature.'"[1]