Sir Felim O'Neill of Kinard (died August 1653), also called Phelim MacShane O'Neill or Féilim Ó Néill (Irish), was an Irish nobleman who led the Irish Rebellion of 1641 in Ulster which began on 22 October 1641. He was a member of the Irish Catholic Confederation during the Wars of the Three Kingdoms, where he fought under his kinsman Owen Roe O'Neill. He was captured and executed during the Cromwellian conquest of Ireland in 1652.

A member of the famous O'Neill dynasty, Sir Felim was the grandson of Sir Henry Og MacShane O'Neill and great-grandson of Henry MacShane O'Neill, one of the O'Neills who remained in Ulster after the Flight of the Earls despite the difficulties brought on by land confiscation and the Plantation of Ulster. His Father was Sir Turlough MacShane O'Neill and his mother was Catherine Ny. Following his father's death at the hands of rebels during O'Doherty's Rebellion in 1608, his mother remarried to Robert Hovenden a Catholic of recent English descent. Their son Robert Hovenden was Felim's half brother.

O'Neill was a member of the Irish Parliament in the 1630s studied law at King's Inns in London, as a knowledge of the subject was considered important for landowners of the era. He may have at one point briefly converted to Protestantism, before returning to Catholicism.

In 1639 O'Neill was awarded a knighthood by the Lord Lieutenant Thomas Wentworth thanks to the influence of his relation the Earl of Antrim.[1] Shortly before the rising, O'Neill evicted some of his Gaelic tenants near Caledon and replaced them with British settler families who were able to pay higher rents.[2]

However, in common with many Irish Catholics, and especially Gaelic Irishmen, O'Neill felt threatened by the Protestant English government of Ireland. In particular, they were aggrieved at Catholic exclusion from Public Office and the continual confiscations of Catholic owned land. 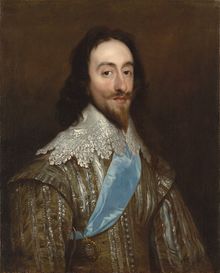 Following the outbreak of the Rebellion, O'Neill and the other plotters proclaimed their loyalty to Charles I. O'Neill insisted he had received orders from the King to organise the rising.
Further information: Irish Rebellion of 1641

This fear reached its high point in the late 1630s and early 1640s, when Thomas Wentworth, a minister of Charles I, was known to be planning widespread new plantations. A crisis point was reached in 1641, when the Scottish Covenanters and English Long Parliament threatened to invade Ireland to finally subdue Catholicism there. In this atmosphere of fear and paranoia, Felim O'Neill became involved in a plot hatched by fellow Gaelic Irish Catholics from Ulster, to seize Dublin and swiftly take over the other important towns of Ireland. After this, they planned to issue their demands for full rights for Catholics and Irish self-government in the King's name. O'Neill's role was to take towns and fortified places in the north of the country.

O'Neill was a latecomer to the plot, brought into it by Lord Maguire in early September 1641. O'Neill was instrumental in shaping many of the political objectives of the rebellion.[3] He rapidly assumed command of the Ulster rising, while Maguire was tasked with seizing Dublin Castle.[4]

However, the plan to take Dublin was bungled by two conspirators, Maguire and MacMahon, who were captured by the authorities. O'Neill went ahead and started the rebellion in the north, capturing the important fort of Charlemont, but quickly found that he could not control the Irish Catholic peasantry he had raised. These people, many of whom had been displaced during the Plantation of Ulster, began attacking the Scottish and English Protestant settlers with varying intensity over a period of 5 months. Being in command, O'Neill has been blamed for complicity or lack of oversight in these massacres, the detail of which is still a matter of contentious debate.

On 24 October 1641 O'Neill issued the Proclamation of Dungannon in which he claimed to have the King's authorisation to rise in defence of the Crown and the Catholic religion. On 4 November 1641 O'Neill again issued the proclamation at Newry and read out a commission from Charles I of England dated 1 October, commanding him to seize: "...all the forts, castles, and places, of strength and defence within the kingdom, except the places, persons, and estates of Our loyal and loving subjects the Scots; also to arrest and seize the goods, estates, and persons of all the English Protestants, within the said kingdom to Our use. And in your care and speedy performance of this Our will and pleasure We shall rely on your wonted duty and allegiance to Us which We shall accept and reward in due time." This gave O'Neill's forces the impression that they were acting within the law. Charles later denied issuing the commission.[5]

Like other rebel leaders O'Neill had difficulty with the discipline of his troops, which was compounded by his comparative lack of social status. In an effort to improve this O'Neill planned to have himself declared Earl of Tyrone at the historic site of Tullyhogue.[2]

Having largely succeeded in Ulster, O'Neill, along with Rory O'Moore, then tried to march on Dublin, defeating a government force at the Battle of Julianstown, but failed in the Siege of Drogheda 1641.

The rebellion quickly spread to the rest of Ireland. By the spring of 1642 only fortified Protestant enclaves, around Dublin, Cork and Derry, held out. King Charles I sent a large army to Ireland, which would probably have put down the rebellion, had the English Civil War not broken out. As it was, the Irish Catholic upper classes had breathing space to form the Irish Catholic Confederation, which acted as a de facto independent government of Ireland until 1649. Felim O'Neill was a member of the Confederate's parliament, named the General Assembly, but was sidelined in the leadership of Irish Catholics by more wealthy landed magnates.

On the military side, O'Neill was also sidelined. After his disastrous defeat at Glenmaquin near Raphoe in County Donegal, his kinsman, Owen Roe O'Neill, a professional soldier, arrived from the Spanish Netherlands and was made general of the Confederate's Ulster army. Felim O'Neill was a cavalry commander in this force, and spent most of the next six years fighting against the Scottish Covenanter army that had landed in Ulster. He fought in the army's victory at the Battle of Benburb in 1646.

In Confederate politics, O'Neill was a moderate, advocating a deal with Charles I and the Irish and English Royalists as a means of winning the war against the English Parliament and the Scottish Covenanters. In 1648, he voted for such a deal, the Second Ormonde Peace, splitting with Owen Roe O'Neill, who opposed it along with most of the Ulster army. He and several other moderates such as Alexander MacDonnell and Viscount Iveagh left the army because of their dispute with the hard-liners.[6] In the summer of that year, the Confederate armies fought among themselves over this issue, with the pro-Royalists prevailing.

However, this was not enough to stop Ireland being re-conquered by the New Model Army of Oliver Cromwell in 1649–53. The well trained and supplied Parliamentarians crushed all Confederate and Royalist resistance and imposed a harsh settlement on Irish Catholics.

The Ulster Army was routed at the Battle of Scarrifholis in 1650. Felim O'Neill escaped the battle but spent the remaining years of his life as fugitive. He successfully held off a Parliamentarian assault on Charlemont Fort shortly after the disaster at Scarrifholis, inflicting heavy casualties on the English troops before surrendering on terms and marching way with his remaining troops.

Anyone implicated in the Rebellion of 1641 was held responsible for the massacres of Protestant civilians and executed. O'Neill was specifically named as a ringleader in the Cromwellian Act for the Settlement of Ireland 1652 and could therefore have expected little mercy when he was captured on 4 February 1653 at Roughan Castle where he had taken refuge, near Newmills, County Tyrone. He was taken to Dublin, where he was hanged, drawn and quartered for treason.[7]

O'Neill may have been able to avoid execution if he had testified that he had Charles I's commission for the uprising of 1641, as the Parliamentarians had claimed at the time. However, O'Neill refused to do this. In August 1653, O'Neill was executed, in accordance with the verdict of a High Court set up in Dublin by the Cromwellian government.

O'Neill is depicted as an historical character in Annraoi Ó Liatháin's Irish language novel Dún na Cinniúna centring on the 1651 siege of Charlemont Fort in Tyrone.[8]

O'Neill's defeat at the battle of Glanmaquin in 1642 is described in Darach Ó Scolaí's novel An Cléireach.[9]

He was survived by at least one child, Górdún Ó Neill who served as a Colonel in the Jacobite forces during the Williamite War.