Miss India or Femina Miss India is a national beauty pageant in India that annually selects representatives to compete in Miss World, Miss Supranational, Miss Grand International and Miss United Continents.[1] It is organised by Femina, a women's magazine published by The Times Group. 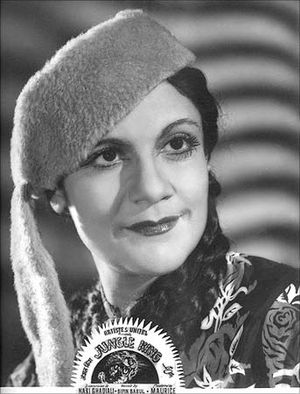 The first Miss India was Pramila (Esther Victoria Abraham), from Calcutta, who won in 1947.[1] [2]. It was organised by the local press. 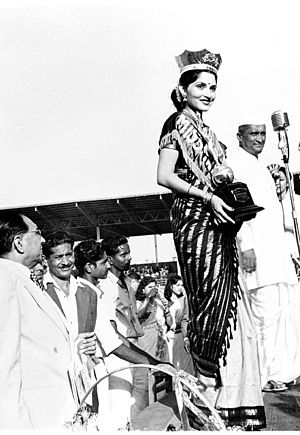 Indrani Rehman after being crowned Miss India 1952. She was the first Indian woman to participate in the Miss Universe held in USA in 1952 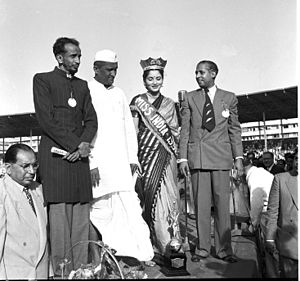 Miss India 1952, Indrani Rehman with former Indian Congress leader S.K. Patil, and two of the sponsors of the Miss India contest of 1952 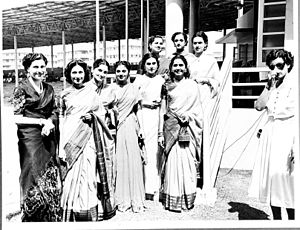 Miss India 1952 Contestants posing for the photographers at the Brabourne Stadium in Mumbai. Miss India 1952 winner, Indrani Rahman (third from left) and the Runner Up Suryakumari (sixth from left)

In 1953, Peace Kanwal from Punjab was crowned Miss India 1953 at KARDAR-KOLYNOS Pageant. The pageant was organised by Abdur Rashid Kardar. She later established herself as a Bollywood actress.

In 1954, Leela Naidu from Maharashtra was declared Miss India, and the same year was featured in Vogue magazine's list of the world's ten most beautiful women

There was no Miss India pageant from 1955 to 1958. In 1959, Eve's Weekly organised its very first Miss India contest called Eve's Weekly Miss India to send India's representatives to the Miss World pageant. Fleur Ezekiel was crowned the eventual winner. She represented India at Miss World 1959 held in London, United Kingdom.

In Earlier days, Femina Miss India used to crown three contestants, the winner used to represent India at Miss Universe and the runner ups were sent to Miss Asia Pacific and International Teen Princess . Later the second runner up represents India at Miss Teenage Intercontinental. On some occasions the 2nd Runner up or a finalist was sent to Queen of Pacific pageant from 1969 to 1975.

In 1994, after India's historic win at the International pageants, the organisation ended the practice of crowning a single winner and instead decided that the top three winners were designated as winners with equal visibility and prizes.[2]

In 2002, the third winner was designated to Miss Earth instead of Miss Asia Pacific.

In 2010, Tantra Entertainment Pvt. Ltd. (TEPL), in partnership with Sushmita Sen, started a new pageant called I Am She – Miss Universe India. The winner of this pageant participated in the Miss Universe pageant from 2010 to 2012.[3] 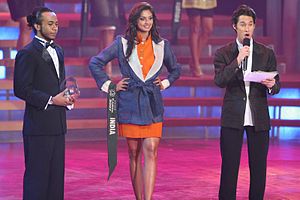 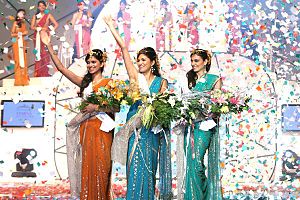 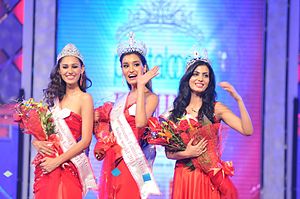 In 1970, Zeenat Aman won Miss Asia Pacific 1970. She became the first Indian and South Asian woman to win the title.

The awards for 1989 were given at the end of the year (December); hence there was no separate contest for 1990.

The success of Rai and Sen spawned coaching institutions which were set up to groom young women in pageant participation skills. The number of participants in the preliminary rounds of the pageant has increased considerably. Miss India World 1997, Diana Hayden won the title of Miss World 1997. In 1999, the Miss India World Yukta Mookhey went on to win the Miss World that year.

In 2000, three of the Miss India winners won their respective international pageants — Lara Dutta (Miss Universe), Priyanka Chopra (Miss World) and Diya Mirza Miss Asia Pacific. The other country to have won all three major titles in one year were Australia in 1972.

In 2010, after the introduction of I Am She - Miss Universe India, the third title was changed to Femina Miss India-International and the winner represented India at Miss International pageant.

In 2010, Nicole Faria became the first Indian to win the Miss Earth title in Vietnam, which leaves Miss International as the only major international pageant that has not been won by an Indian contestant. 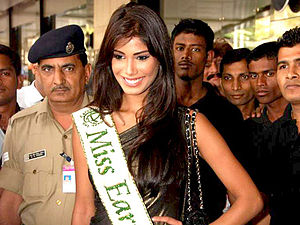 In 2012, Himangini Singh Yadu won Miss Asia Pacific World 2012 and became first Indian and Asian to win the pageant. She was sent by I Am She - Miss Universe India pageant. 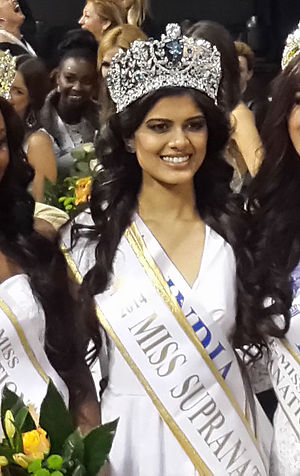 Multiple victories in the same year

In 2008, president of Gladrags, Maureen Wadia, served a legal notice to the newly crowned Pantaloons Femina Miss India Earth 2008, Harshita Saxena for violation of a two-year exclusive contract with Gladrags which had been signed by Harshita in 2006. To participate in any other beauty pageant, Harshita would need a written letter of no-objection from Gladrags. Harshita gave up the title and the crown passed on to Tanvi Vyas who represented India in the Miss Earth 2008 pageant held in November 2008.[6] Harshita was later placed fourth in Miss India 2009 and represented India in Miss International 2009.

In 1989, the winner Kalpana Pandit was found to have misrepresented her nationality (she was holding an American passport); she was stripped of her title and Dolly Mihas was declared winner.[7]

The following women have represented India in international pageants:

In the years 2013 and 2014 the delegates were sent by Indian Princess. Femina Miss India got the franchise in 2015.

Photographs of some notable international titleholders

Photographs of some notable titleholders