Fisher House Foundation is best known for a network of comfort homes where families can stay at no cost while a loved one is receiving treatment. These homes are located at major U.S. military and VA medical centers nationwide, close to the medical center or hospital it serves. Fisher Houses have up to 21 suites, with private bedrooms and baths. Families share a common kitchen, laundry facilities, a dining room and a living room. Fisher House Foundation ensures that there is never a fee. Since inception, the program has saved military and veteran families an estimated $200 million in out of pocket costs for lodging and transportation.

Fisher House Foundation also operates the Hero Miles Program, using donated frequent flyer miles to bring family members to the bedside of injured service members as well as the Hotels for Heroes program using donated hotel points to allow family members to stay at hotels near medical centers without charge. The Foundation also manages a grant program that supports other military charities and scholarship funds for military children, spouses and children of fallen and disabled veterans. Fisher House has received an "A+" rating from the American Institute of Philanthropy and four out of a possible four stars from Charity Navigator[1]

The Fisher House program was established by Zachary Fisher and his wife Elizabeth. The first "Zachary and Elizabeth Fisher House" was opened in Bethesda, Maryland at National Naval Medical Center on 24 June 1990. President George H. W. Bush and Mrs. Barbara Bush opened the second Fisher House at the Walter Reed Army Medical Center in Washington, DC.[2] To date, the program consists of more than 60 houses located near Veterans Affairs hospitals and military installations across the country and in Europe. From these locations, Fisher House serves more than 19,000 military families per year. The Fisher House program plans to build several more lodging facilities to complete its nationwide support network.[3]

In October 2013 the Fisher House Foundation agreed to pay the death benefit to beneficiaries of soldiers who died during the government shutdown; whose death benefit was withheld amidst significant public outrage.[4]

The Fisher House program is a private-public partnership that supports America's military in their time of need. The program recognizes the special sacrifices of the men and women in uniform and the hardships of military service by meeting a humanitarian need beyond what is normally provided by the U.S. Department of Defense and U.S. Department of Veterans Affairs.

Because members of the military and their families are stationed worldwide and must often travel great distances for specialized medical care, Fisher House Foundation donates "comfort homes," built on the grounds of major military and VA medical centers. These homes enable family members to be close to a loved one at the most stressful times - during the hospitalization for an unexpected illness, disease, or injury.

There is at least one Fisher House at every major military medical center to assist families in need and to ensure that they are provided with the comforts of home in a supportive environment. Annually, the Fisher House program serves more than 19,000 families, and have made available over four million days of lodging to family members since the program originated in 1990. By law, there is no charge for any family to stay at a Fisher House operated by the Department of Veterans Affairs; and Fisher House Foundation uses donations to reimburse the individual Fisher Houses operated by the U.S. Army, U.S. Navy, and U.S. Air Force. 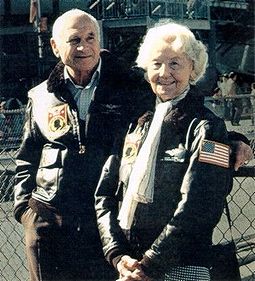 Zachary Fisher was a prominent figure in the New York City real estate community and a major philanthropic benefactor for the men and women in the United States Armed Forces, as well as numerous other not-for-profit organizations. In 1990, he and his wife began the Fisher House program, dedicating more than $20 million to the construction of comfort homes for families of hospitalized military personnel.[5] As of 2014, twenty-nine Fisher Houses operate at 17 military bases and at five Department of Veterans Affairs medical centers throughout the nation. More than 183,000 days of lodging are provided by Fisher Houses every year, saving families an estimated $5 million annually. As of 2014, more than 50,000 families have stayed in Fisher Houses.[6]

Currently, there are 65 Fisher Houses located on military installations and near veterans hospitals throughout the United States and Europe. Fisher House Foundation will continue to meet the need of service members and their families as long as they are able.