By an ordinance issued by the Government of Sweden, a number of days of the calendar year are designated as official flag days.[1] This means that the Flag of Sweden is flown on all public flag poles and buildings. Hoisting of the Swedish flag on private flag poles on these days is also strongly encouraged, but not mandatory. 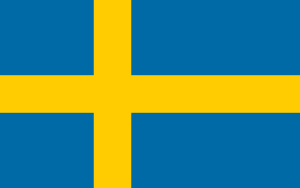 Flying of the flag is permissible from sunrise to sunset. In general this means from 8 AM to 8 PM. During winter the time from sunrise to sunset is often less than 12 hours in the whole of Sweden and during this time the actual daylight hours should be observed. In the parts of Sweden north of the polar circle the sun doesn't rise at all for some weeks during December. One example of handling this is the practice of the Infantry Regiment in Kiruna, which during this period flies the flag for one hour each day starting at noon.