The Florida State League is a Class A-Advanced minor league baseball league operating in the state of Florida. They are one of three leagues currently operating in Class A-Advanced, the third highest of six classifications of minor leagues.[1] Each team in the league is affiliated with a Major League Baseball team, and most play in their affiliate's spring training facility.

The league was founded in 1919, and has continued almost entirely uninterrupted to the present day. Most players in the Florida State League do not reach this level until their third or fourth year of professional play. Attendance averages around 500–1,000 per game.

The league originated in 1919 with teams in Bartow, Bradenton, Lakeland, Orlando, Sanford, and Tampa, Florida. The league closed down in 1928 and resumed play in 1936. It has continued uninterrupted, except for a four-year (1942–1945) suspension during World War II. 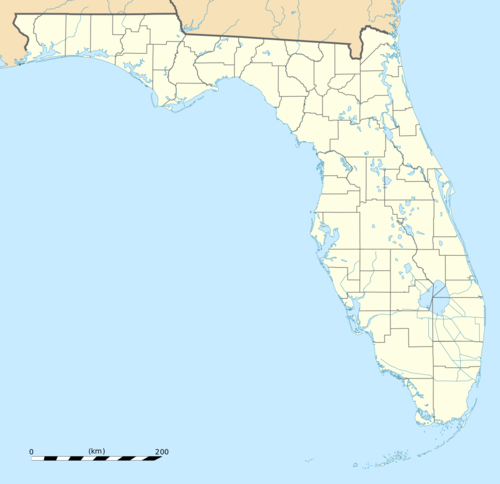 Mets
Locations of teams in the Florida State League

In 2009, the Florida State League established a Hall of Fame commemorating the league's great players, managers, owners, and umpires. The awards and ceremonies for the inaugural class will take place at the FSL's winter meetings in Daytona Beach in November.

The Tampa Yankees defeated the Charlotte Stone Crabs, 3–2, in the 2010 Florida State League Championship Series. In the 2011 championship, the Daytona Cubs swept the St. Lucie Mets, 3–0, and claimed their fourth title in 11 years.

The League is composed of two divisions—North and South—with six teams in each division. The League's regular season schedule runs from April to August with teams playing roughly 120 regular-season games, with the playoffs in September. The twelve member teams play a 140 game schedule with 70 games at home and 70 games on the road (20 against geographically closest division opponent, 18 against each of the other four division teams, 8 against each of the six non-division opponents). The six team divisions play a split season with the first half ending in June and the second half ending in September. The league has played this format since 2008.