From Infogalactic: the planetary knowledge core
Jump to: navigation, search
For other uses, see FOP (disambiguation). 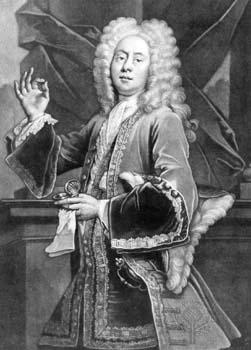 Colley Cibber as Lord Foppington in John Vanbrugh's The Relapse (1696) 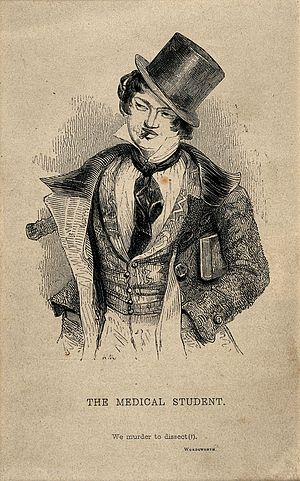 Fop became a pejorative term for a foolish man excessively concerned with his appearance and clothes in 17th-century England. Some of the very many similar alternative terms are: "coxcomb",[1] fribble, "popinjay" (meaning "parrot"), fashion-monger, and "ninny". "Macaroni" was another term, of the 18th century, more specifically concerned with fashion.

A modern-day fop may also be a reference to a foolish person who is excessively concerned about his clothing, luxuries, minor details, refined language and leisurely hobbies. He is generally incapable of engaging in conversations, activities or thoughts without the idealism of aesthetics or pleasures.

The word "fop" is first recorded in 1440, and for several centuries just meant a fool of any kind; the Oxford English Dictionary notes first use with the meaning of "one who is foolishly attentive to and vain of his appearance, dress, or manners; a dandy, an exquisite" in 1672.[2] An early example of the usage is in the restoration drama The Soldier's Fortune, in which a woman dismisses a potential suitor by saying "Go, you are a fop."[3]

In literature and culture

The fop was a stock character in English literature and especially comic drama, as well as satirical prints. He is a "man of fashion" who overdresses, aspires to wit, and generally puts on airs, which may include aspiring to a higher social station than others think he has. He may be somewhat effeminate, although this rarely affects his pursuit of an heiress. He may also overdo being fashionably French by wearing French clothes and using French vocabulary. An example of the so-called Frenchified fop is sir Novelty Fashion in Colley Cibber's Love's Last Shift (1696). Fop characters appear in many Restoration comedies, including sir Fopling Flutter in George Etherege's The Man of Mode, or Sir Fopling Flutter (1676), Aphra Behn's diatribe against politic marriages, The Town Fop (1676, published 1677), and Lord Foppington in The Relapse (1696) by John Vanbrugh. Vanbrugh planned The Relapse around particular actors at the Drury Lane Theatre, including Colley Cibber, who played Lord Foppington. A fop is also referred to as a 'beau', as in the Restoration comedies The Beaux' Stratagem (1707) by George Farquhar, The Beau Defeated (1700) by Mary Pix, or the real-life Beau Nash, master of ceremonies at Bath, or Regency celebrity Beau Brummell. The sexual recklessness of "beau" may imply homosexuality.[4]

Shakespeare's King Lear contains the word, in the general sense of a fool, and before him Thomas Nashe, in Summer's Last Will and Testament (1592, printed 1600): "the Idiot, our Playmaker. He, like a Fop & an Ass must be making himself a public laughing-stock." Osric, in Hamlet has a great deal of the fop's affected manner, and much of the plot of Twelfth Night revolves around tricking the puritan Malvolio into dressing as a fop. "Fop" was widely used as a derogatory epithet for a broad range of people by the early years of the 18th century; many of these might not have been considered showy lightweights at the time, and it is possible that its meaning had been blunted by this time.[5]

In the 1900s (decade), fictional heroes began to pose as fops to conceal their true activities. Sir Percy Blakeney of The Scarlet Pimpernel is a well-known example of this tendency; sir Percy cultivates the image of being an overdressed and ineffectual social butterfly, the last person anyone would imagine being capable of dashing heroism. A similar image is cultivated by Zorro's public identity, Don Diego de la Vega. This continued with the pulp fiction and radio heroes of the 1920s and 1930s and expanded with the coming of comic books. The fashion and socialising aspects of being a fop are present in some interpretations of Batman's second identity Bruce Wayne and in the protagonist of the novel American Psycho, Patrick Bateman. In the Apollo Justice: Ace Attorney game, detective Ema Skye refers to prosecutor Klavier Gavin as a "glimmerous fop".

In Thomas Mann's 1912 novella Death in Venice (as well as the opera by Benjamin Britten and the film by Luchino Visconti) a fop is derided by the main character, Gustave von Aschenbach; ironically so, as Aschenbach ultimately dresses in this manner himself. Some of the "bright young things" of the 1920s were decidedly "foppish" in manner and appearance, while, towards the late 1960s, male fashion became notably foppish in style, evocative loosely of the Georgian and Victorian eras. Pop stars often dressed in what might be termed foppish clothing, with the Kinks' song 'Dedicated Follower of Fashion' (1966) capturing well the spirit of the time. While many characters from popular culture had a tendency to foppish appearance, e.g., Adam Adamant Lives!, the third incarnation of Doctor Who and Jason King, they tended not to exhibit mannerisms associated with fops.

The British Fops, or Lucien Callow (Mark McKinney) and Fagan (David Koechner), appeared in several episodes during the Saturday Night Live 1995–1996 seasons. The characters first appeared on Weekend Update as the presidents of the Norm Macdonald fan-club, but later appeared in several other sketches, namely monologues. The Fops would appear in late Restoration period clothing, and used a silly take on the period's language, mannerisms, and culture, not sparing the subsequent perversion also known for the time.

In popular series Blackadder the Third, Hugh Laurie portrayed George, Prince Regent as a distinctly childish fop in contrast to his shrewd and sarcastic butler E. Blackadder (played by Rowan Atkinson). Johnny Depp renewed aspects of the fop in his portrayal of captain Jack Sparrow in the Pirates of the Caribbean series. Although his costume might be termed "grunge fop", he had the mannerisms down so well that the initial rushes of the first film upset executives at the Walt Disney Company. His interpretation prevailed, creating a new generation of fans of the fop. Hugh Grant, the British actor, is somewhat foppish in his style.[citation needed]

In the British reality television show The Only Way Is Essex, the character of Joey Essex can be seen as a fop. In Quentin Tarantino's 2012 slavery epic Django Unchained, Jamie Foxx's title character, when allowed to choose his own clothing for the first time in his life, chose a decidedly foppish outfit which immediately earned him the nickname "Fancypants". In Mel Brooks' History of the World, in the French revolution sequence, one of the king's court is referred to as "Popinjay".

A more recent and minor trend is "fop rock", in which the performers don 18th century wigs, lace cravats, and similar costumes to perform, a minor movement that would appear to owe something to glam rock, visual kei, and the New Romantic movement. The look was pioneered in the 1960s by Paul Revere & the Raiders. Adam Ant of Adam and the Ants picked up the trend, occasionally performing in elaborate highwayman outfits. Other notable examples would be Falco’s performance as Wolfgang Amadeus Mozart in the song "Rock Me Amadeus", a no. 1 hit in the US and the UK, and no. 2 in Canada in 1986, and Boston-based band the Upper Crust.[6][7] Mid-2000s glam rock revivalists White Hot Odyssey also affected 18th century-style wigs and clothing for their live performances. Prince was known for his foppish clothing in the mid-1980s, with ruffled shirts, tight pants and high-heeled boots.[8]