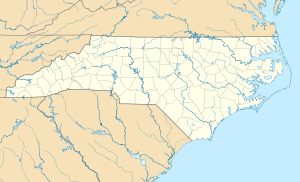 Fort Fisher Air Force Station was a United States Air Force installation located on the Atlantic coast 0.8 miles (1.3 km) southwest of Kure Beach, North Carolina. Its primary mission was as a radar complex. It was closed on 30 June 1988 by the Air Force, and turned over to the Federal Aviation Administration (FAA).

Today the radar installation that was the main part of the site is part of the Joint Surveillance System (JSS), designated by NORAD as Eastern Air Defense Sector (EADS) Ground Equipment Facility J-02.

Fort Fisher during the American Civil War was a Confederate States of America stronghold that fell to Union forces on January 15, 1865 during the Second Battle of Fort Fisher. "Fort Fisher" had earthworks for the fort's land face, known as Shepard's Battery.[4] In World War II, the nearby December 1940 Camp Davis had 5 live anti-aircraft ranges,[citation needed] including one named for Fort Fisher and which became the main AA range for the camp.[note 1]

When Camp Davis closed in 1944,[specify] Fort Fisher AAF had an 80-seat cafeteria, a 350-bed hospital and dental clinic, and covered an area of several hundred acres.[specify]

Fort Fisher Air Force Station was opened in 1955 on part of the Fort Fisher AAF installation as USAF Permanent System radar station "M-115"[1] during a $1 billion increase for US continental defense[6] after Hq USAF approved the Mobile Radar program in mid-1954.[7] It was assigned to Air Defense Command (ADC) as part of a planned deployment of forty-four Mobile radar stations. Fort Fisher AFS was designed as site M-115 and the 701st Aircraft Control and Warning Squadron was assigned on 1 August 1955.[8]

ADC initially installed AN/MPS-7 and AN/MPS-8 radars at the site, and initially the station functioned as a Ground control intercept (GCI) and warning station to guide interceptor aircraft toward unidentified intruders picked up on the squadron's radar scopes. By 1958 the AN/MPS-8 had been converted into an AN/GPS-3 and an AN/MPS-14 had been added.

In 1962 an AN/FPS-7C and AN/FPS-26 were placed in operation along with the AN/MPS-14 radars. During 1962 Fort Fisher AFS joined the Semi Automatic Ground Environment (SAGE) system, initially feeding data to DC-04 at Fort Lee AFS, Virginia. After joining, the squadron was redesignated as the 701st Radar Squadron (SAGE) on 1 July 1962.[8] The radar squadron provided information 24/7 the SAGE Direction Center where it was analyzed to determine range, direction altitude speed and whether or not aircraft were friendly or hostile.

On 31 July 1963, the site was redesignated as NORAD ID Z-115. The station was supported logistically by nearby Myrtle Beach Air Force Base South Carolina.

The Fort Fisher AFS AN/FPS-26 radar was converted to an Avco AN/FSS-7 SLBM Detection Radar that was operated by 4783d Surveillance Squadron, Fourteenth Aerospace Force as part of the Avco 474N SLBM Detection and Warning System that "became operational in Mid-1972".[9]

Myrtle Beach operated an AN/FPS-14, while Fort Bragg operated an AN/FPS-18. In addition, with the closure of ADC facilities at MCAS Cherry Point (M-116), the AN/FPS-14 Gap Filler at Holly Ridge, NC Lua error in Module:Coordinates at line 668: callParserFunction: function "#coordinates" was not found. was redesignated Z-115C in 1963.

The first BUIC III site (with AN/GYK-19) in Air Defense Command was at Fort Fisher AFS.[10]

The 701st Radar Squadron (SAGE) was inactivated[8] and replaced by the 701st Air Defense Group in March 1970[11] Just before inactivation, the squadron earned an Air Force Outstanding Unit Award for exceptionally meritorious service for the period from 1 December 1968 through 28 February 1970.[12] The upgrade to group status was done because of Fort Fisher AFS' status as a Backup Interceptor Control (BUIC) site. BUIC sites were alternate control sites in the event that SAGE Direction Centers became disabled and unable to control interceptor aircraft. The group was inactivated and replaced by 701st Radar Squadron (SAGE) in January 1974.[8][11] in reductions to defenses against manned bombers. The group and squadron shared a second AF Outstanding Unit Award for the period 1 January 1973 through 31 December 1974.[12]

Fort Fisher AFS came under Tactical Air Command jurisdiction in 1979 with the inactivation of Aerospace Defense Command and the creation of ADTAC.

The "Fuzzy-7" was deactivated after the Raytheon AN/FPS-115 PAVE PAWS Radar at Robins Air Force Base was completed on 5 June 1986,[13] and the base closed on 30 June 1988,[14] and the USAF retained the housing complex and converted it into the Fort Fisher Air Force Recreation Area[15] which transferred to Seymour Johnson Air Force Base when Myrtle Beach AFB closed in 1993.

Ground Equipment Facility J-02 continued use of the USAF radar in the Joint Surveillance System (JSS), and "in 1995 an AN/FPS-91A performed search duties."[1] A portion of the base was returned to the state of North Carolina which turned much of it into the Fort Fisher State Recreation Area and historic site.

The Fort Fisher site[which?] is used by the National Guard as a training area and also hosts the Annual Seafood, Blues and Jazz Festival.[16][verification needed] 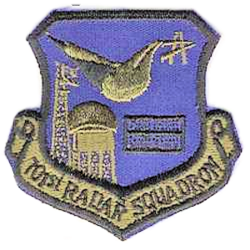