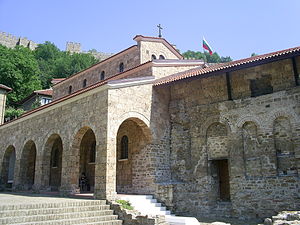 The Forty Martyrs of Sebaste or the Holy Forty (Ancient/Katharevousa Greek Ἃγιοι Τεσσεράκοντα, Demotic Άγιοι Σαράντα) were a group of Roman soldiers in the Legio XII Fulminata (Armed with Lightning) whose martyrdom in 320 for the Christian faith is recounted in traditional martyrologies.

They were killed near the city of Sebaste (present-day Sivas in Turkey), in Lesser Armenia, victims of the persecutions of Licinius, who after 316, persecuted the Christians of the East. The earliest account of their existence and martyrdom is given by Bishop Basil of Caesarea (370–379) in a homily delivered on the feast of the Forty Martyrs.[1] The feast is consequently more ancient than the episcopate of Basil, whose eulogy on them was pronounced only fifty or sixty years after martyrdom. 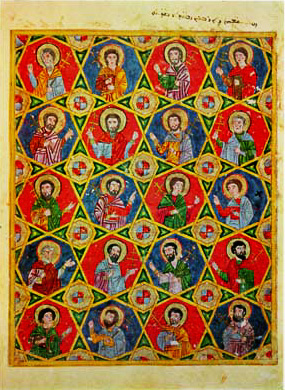 A miniature from the Syriac Gospel Lectionary, created c. 1220 near Mosul and exhibiting a strong Muslim-Mongol influence.

According to Basil, forty soldiers who had openly confessed themselves Christians were condemned by the prefect to be exposed naked upon a frozen pond near Sebaste on a bitterly cold night, that they might freeze to death. Among the confessors, one yielded and, leaving his companions, sought the warm baths near the lake which had been prepared for any who might prove inconstant. One of the guards set to keep watch over the martyrs beheld at this moment a supernatural brilliancy overshadowing them and at once proclaimed himself a Christian, threw off his garments, and joined the remaining thirty-nine. Thus the number of forty remained complete. At daybreak, the stiffened bodies of the confessors, which still showed signs of life, were burned and the ashes cast into a river. Christians, however, collected the precious remains, and the relics were distributed throughout many cities; in this way, veneration of the Forty Martyrs became widespread, and numerous churches were erected in their honour.

A church was built at Caesarea, in Cappadocia, and it was in this church that Basil publicly delivered his homily. Gregory of Nyssa was a special client of these holy martyrs. Two discourses in praise of them, preached by him in the church dedicated to them, are still preserved[2] and upon the death of his parents, he laid them to rest beside the relics of the confessors. Ephrem the Syrian has also eulogized the forty Martyrs.[3] Sozomen, who was an eye-witness, has left an interesting account of the finding of the relics in Constantinople, in the shrine of saint Thyrsus built by Caesarius, through the instrumentality of the Empress Pulcheria.[4]

A recurring theme in Orthodox art 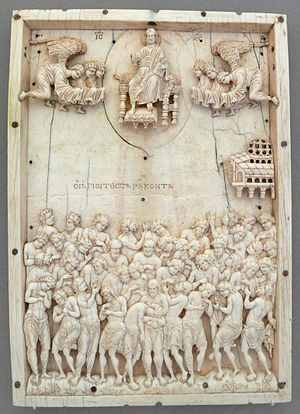 Byzantine artists were fascinated with the subject that allowed them to graphically show human despair. The martyrs were typically represented at the point when they were about to freeze to death, "shivering from the cold, hugging themselves for warmth, or clasping hands to their faces or wrists in pain and despair".[5] This is particularly evident in the large 10th-century ivory plaque from the Bode Museum and the Palaiologan portable mosaic set in wax, from Dumbarton Oaks.

The subject continues to be popular among Orthodox iconographers.

Veneration in the East 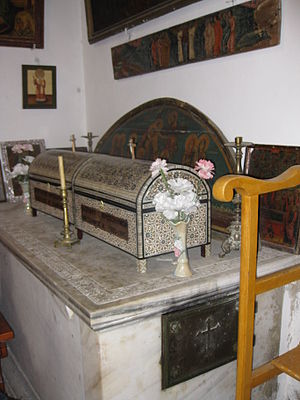 Chapel of the Forty Martyrs in the Church of the Holy Sepulchre, Jerusalem.

The cult of the Forty Martyrs is widespread all over the East. The Forty Saints Monastery in Sarandë, modern day Albania, which gave its name in Greek to the city itself (Άγιοι Σαράντα, Hagioi Saranda), was built in the 6th century AD, and is thought to have been an important pilgrimage site.[6] The Churches of St. Sophia in Ohrid (modern-day Republic of Macedonia) and Kiev (Ukraine) contain their depictions, datable to the 11th and 12th centuries, respectively. A number of auxiliary chapels were dedicated to the Forty, and there are several instances when an entire temple (church building) is dedicated to them: for example Xiropotamou Monastery on Mount Athos and the 13th-century Holy Forty Martyrs Church, in Veliko Tarnovo, Bulgaria.

In Aleppo (Syria) the Armenian Cathedral is dedicated to the Forty Martyrs.

The feast day of the Forty Martyrs falls on March 9, and is intentionally placed that it will fall during Great Lent. There is an intentional play on the number forty being both the number of martyrs and the days in the fast. Their feast also falls during Great Lent so that the endurance of the martyrs will serve as an example to the faithful to persevere to the end (i.e., throughout the forty days of the fast) in order to attain heavenly reward (participation in Pascha, the Resurrection of Jesus).

A prayer mentioning the Forty Holy Martyrs of Sebaste is also placed in the Orthodox Wedding Service (referred to as a "crowning") to remind the bride and groom that spiritual crowns await them in Heaven also if they remain as faithful to Christ as these saints of long ago.

Veneration in the West

Special devotion to the Forty Martyrs of Sebaste was introduced at an early date into the West; their feast day is 10 March.[7] Bishop Gaudentius of Brescia (d. about 410 or 427) received particles of the ashes of martyrs during a voyage in the East, and placed them with other relics in the altar of the basilica which he had erected, at the consecration of which he delivered a discourse, still extant. The Church of Santa Maria Antiqua in the Roman Forum, built in the fifth century, contains a chapel, built like the church itself on an ancient site, and consecrated to the Forty Martyrs. A mural there of the sixth or seventh century depicts the martyrdom. The names of the confessors, as we find them also in later sources, were formerly inscribed on this fresco.

Acts of these martyrs, written subsequently, in Greek, Syriac and Latin, are yet extant, also a "Testament" of the Forty Martyrs.

The names of the Forty Martyrs 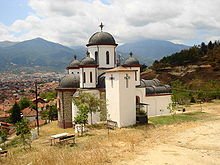 Orthodox church of Forty martyrs of Sebaste in Bitola, Macedonia.

The Menaion of the Eastern Orthodox Church lists the names of the Forty Martyrs as follows:

According to Antonio Borrelli, their names were: