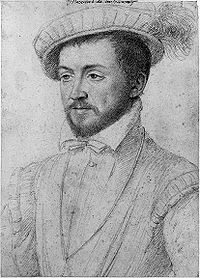 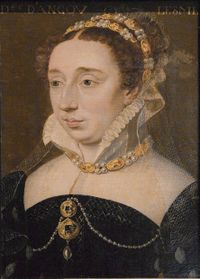 He was Duke of Montmorency, Count of Dammartin, Baron of Chateaubriant and Lord of L'Isle-Adam. Grand Master of France and Peer of France. 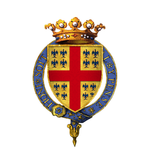 François was the eldest son of Anne de Montmorency, constable of France. He accompanied the King to the border of Germany and was present at the capture of Damvillers and of Ivoy in 1552. He took part in the heroic resistance of the town of Thérouanne against the attacks of the troops of Charles V: finally, it had to fall and he was made prisoner on 30 May 1553.

On his return from captivity, he was made knight on Michaelmas and was provided with the Government of Paris and the Île-de-France (1556). He was sent to the aid of the pope Paul IV and retoke with the Spanish the port of Ostia and some other places around Rome. He took part in the Battle of Saint-Quentin on 10 August 1557, defended Picardy against the Spanish and helped in the siege of Calais, in 1558. The King sent him with an embassy to Queen Elizabeth I of England, to get from her a commitment to observe the Peace treaty of Cateau-Cambrésis. With the death of the King Henri II, he had to yield the title of Grand Master, inherited from his father, to the Duke of Guise. The King then gave him the position of Marshal of France in 1559.

He married against his will in 1557 to Diane de France, natural daughter of Henry II.[1]

"Monsieur de Montmorency, known as Brantôme, was a valorous, wise captain and extremely political. For this, when the King went to make the tour of his kingdom, he was left as Governor of Paris. Having found people of Paris, mutinous, seditious and ebullient, he was flexible and handy like a glove of chevrotin of Vendôme, to which the King was greatly satisfied ".

In 1560, he attended the Estates-General, held in Orléans. The disorders of the Wars of Religion having occurred, he sided with the Catholics, participating in the battle of Dreux on 19 December 1562, and with the capture of Le Havre. He also took part in the battle of Saint-Denis (10 November 1567) where his father died.

Once he became Duke, François continued the house of Montmorency's rivalry with that of the Guise. This rivalry did not cease but increased. In 1570, he had the very difficult task to make the Peace of Saint-Germain accepted in Paris. In 1572, he was sent to Queen Elizabeth I of England to get her to sign an alliance with France. It was on this occasion that he was created an Honorary Knight of the Order of the Garter. In France, François was more unpopular than ever. His incapacity to control the Parisian mutineers finally meant he had to give up his post of governor of the city. He left the city a few days before the St. Bartholomew's Day massacre. It was he who discreetly took down the corpse of Gaspard de Coligny, his cousin, from the gallows of Montfaucon, where he was hanging.

In 1574, Charles IX appointed him to the court, but the hatred was so strong between him and the Duke of Guise meant he had to leave again. Not having anything more to lose, he takes part in the plot of Malcontents, the "Third Party" with the duke of Alençon, but he was stopped and locked up in the Bastille with the Marshal of Cossé-Brissac. He was released in April 1575, and the King recognized his innocence by letters, recorded at the Parliament. He died in the Castle of Écouen on 6 May 1579.