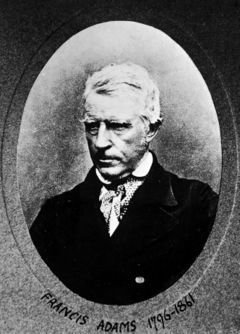 Adams had a practice in Banchory, Aberdeenshire, from 1819 to 1861. Because there were no English translations of the medical tracts of the Greek, Roman, and Arabian doctors, Adams undertook many translations himself, which were widely published.