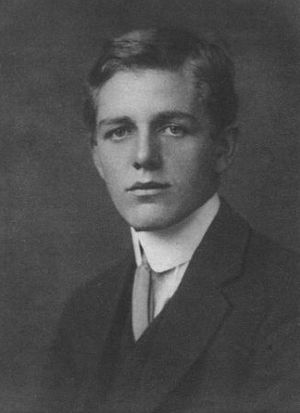 The Honourable Francis Walter Stafford McLaren (16 June 1886 – 30 August 1917) was a British Member of Parliament killed in World War I.

A younger son of Charles McLaren, 1st Baron Aberconway, he attended Eton and Balliol College, Oxford. Entering politics, he was elected as Liberal Member of Parliament (MP) for Spalding in January 1910. Between 1910 and 1915, he served as Parliamentary Private Secretary to the Secretary of State for the Colonies, Lewis Vernon Harcourt. In 1916, he joined the Royal Flying Corps as a Second Lieutenant, and was subsequently killed in a flying accident in 1917.[1]

McLaren died on 30 August 1917, following a flying accident during training at RAF Montrose and is buried in Busbridge churchyard, Surrey. His widow later married Bernard Freyberg.