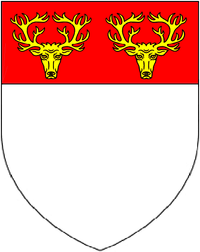 Popham was the only son of Sir John Popham (1531–1607), of Wellington, Somerset and Littlecote, Berkshire (now Wiltshire), Speaker of the House of Commons, Attorney General and Lord Chief Justice of England, by his wife Amy Adams, daughter of Hugh Adams of Castleton, St Athan, Glamorgan. 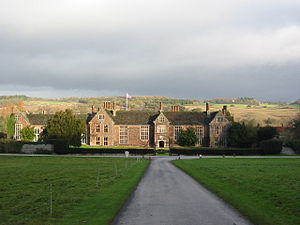 Littlecote House, Berkshire (now in Wiltshire), seat of Sir Francis Popham, who also resided at Wellington House, demolished in 1645 during the Civil War

In November 1640, due to the influence of his son-in-law Thomas Luttrell (1583–1644) of Dunster Castle, Somerset, Popham was elected MP for the Luttrell pocket borough of Minehead in the Long Parliament and sat until his death.[1]

Popham was considered to have inherited his father's grasping disposition. He was constantly involved in lawsuits, which he was charged with conducting in a vexatious manner. Like his father, he took an active interest in the settlement of the North American colonies of Virginia and New England, and was a member of council of both colonies.[3]