In law, fraud is deliberate deception to secure unfair or unlawful gain. Fraud is both a civil wrong (i.e., a fraud victim may sue the fraud perpetrator to avoid the fraud and/or recover monetary compensation) and a criminal wrong (i.e., a fraud perpetrator may be prosecuted and imprisoned by governmental authorities). The purpose of fraud may be monetary gain or other benefits, such as obtaining a driver's license by way of false statements.[1]

A hoax is a distinct concept that involves deception without the intention of gain or of materially damaging or depriving the victim.

As a civil wrong

In common law jurisdictions, as a civil wrong, fraud is referred to as a tort. While the precise definitions and requirements of proof vary among jurisdictions, the requisite elements of fraud as a tort generally are the intentional misrepresentation or concealment of an important fact upon which the victim is meant to rely, and in fact does rely, to the harm of the victim.[2] Proving fraud in a court of law is often said to be difficult.[3] That difficulty is found, for instance, in that each and every one of the elements of fraud must be proven, that the elements include proving the states of mind of the perpetrator and the victim, and that some jurisdictions require the victim to prove fraud with so-called clear and convincing evidence.[4]

The remedies for fraud may include rescission (i.e., reversal) of a fraudulently obtained agreement or transaction, the recovery of a monetary award to compensate for the harm caused, punitive damages to punish or deter the misconduct, and possibly others.[4]

In cases of a fraudulently induced contract, fraud may serve as a defense in a civil action for breach of contract or specific performance of contract.

Fraud may serve as a basis for a court to invoke its equitable jurisdiction.

As a criminal offence

In common law jurisdictions, as a criminal offence, fraud takes many different forms, some general (e.g., theft by false pretense) and some specific to particular categories of victims or misconduct (e.g., bank fraud, insurance fraud, forgery). The elements of fraud as a crime similarly vary. The requisite elements of perhaps most general form of criminal fraud, theft by false pretense, are the intentional deception of a victim by false representation or pretense with the intent of persuading the victim to part with property and with the victim parting with property in reliance on the representation or pretense and with the perpetrator intending to keep the property from the victim.[5]

In civil law systems and other legal systems, the concept of fraud seems to exist, but its elements and application may or may not vary substantially from the common law system concepts discussed in this article.

Section 380(1) of the Criminal Code provides the general definition for fraud in Canada:

380. (1) Every one who, by deceit, falsehood or other fraudulent means, whether or not it is a false pretence within the meaning of this Act, defrauds the public or any person, whether ascertained or not, of any property, money or valuable security or any service,

(i) of an indictable offence and is liable to imprisonment for a term not exceeding two years, or
(ii) of an offence punishable on summary conviction,

where the value of the subject-matter of the offence does not exceed five thousand dollars.[6]

In addition to the penalties outlined above, the court can also issue a prohibition order under s. 380.2 (preventing a person from "seeking, obtaining or continuing any employment, or becoming or being a volunteer in any capacity, that involves having authority over the real property, money or valuable security of another person"). It can also make a restitution order under s. 380.3.[7]

The Canadian courts have held that the offence consists of two distinct elements:

The Supreme Court of Canada has held that deprivation is satisfied on proof of detriment, prejudice or risk of prejudice; it is not essential that there be actual loss.[9] Deprivation of confidential information, in the nature of a trade secret or copyrighted material that has commercial value, has also been held to fall within the scope of the offence.[10]

England and Wales and Northern Ireland

The Act gives a statutory definition of the criminal offence of fraud, defining it in three classes—fraud by false representation, fraud by failing to disclose information, and fraud by abuse of position. It provides that a person found guilty of fraud was liable to a fine or imprisonment for up to twelve months on summary conviction (six months in Northern Ireland), or a fine or imprisonment for up to ten years on conviction on indictment. This Act largely replaces the laws relating to obtaining property by deception, obtaining a pecuniary advantage and other offences that were created under the Theft Act 1978.

See Serious Fraud Office (United Kingdom) is an arm of the Government of the United Kingdom, accountable to the Attorney-General.

The National Fraud Authority (NFA) is the government agency co-ordinating the counter-fraud response in the UK.

CIFAS - The UK's Fraud Prevention Service, is a not-for-profit membership association representing the private and public sectors. CIFAS is dedicated to the prevention of fraud, including staff fraud, and the identification of financial and related crime.

The U.S. government's 2006 fraud review concluded that fraud is a significantly under-reported crime, and while various agencies and organizations were attempting to tackle the issue, greater co-operation was needed to achieve a real impact in the public sector. The scale of the problem pointed to the need for a small but high-powered body to bring together the numerous counter-fraud initiatives that existed.

To establish a claim of fraud, most jurisdictions in the United States require that each element be plead with particularity and be proved with clear, cogent, and convincing evidence (very probable evidence). The measure of damages in fraud cases is computed using the "benefit of bargain" rule, which is the difference between the value of the property had it been as represented and its actual value. Special damages may be allowed if shown proximately caused by defendant's fraud and the damage amounts are proved with specificity.

The typical organization loses five percent of its annual revenue to fraud, with a median loss of $160,000. Frauds committed by owners and executives were more than nine times as costly as employee fraud. The industries most commonly affected are banking, manufacturing, and government.[13] 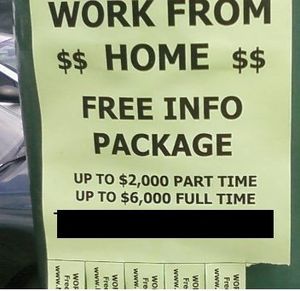 Fraud can be committed through many media, including mail, wire, phone, and the Internet (computer crime and Internet fraud). International dimensions of the web and ease with which users can hide their location, the difficulty of checking identity and legitimacy online, and the simplicity with which hackers can divert browsers to dishonest sites and steal credit card details have all contributed to the very rapid growth of Internet fraud. In some countries, tax fraud is also prosecuted under false billing or tax forgery.[14] There have also been fraudulent "discoveries", e.g., in science, to gain prestige rather than immediate monetary gain.[citation needed]

Beyond laws that aim at prevention of fraud, there are also governmental and non-governmental organizations that aim to fight fraud. Between 1911 and 1933, 47 states adopted the so-called Blue Sky Laws status.[15] These laws were enacted and enforced at the state level and regulated the offering and sale of securities to protect the public from fraud. Though the specific provisions of these laws varied among states, they all required the registration of all securities offerings and sales, as well as of every US stockbroker and brokerage firm.[16] However, these Blue Sky laws were generally found to be ineffective. To increase public trust in the capital markets the President of the United States, Franklin D. Roosevelt, established the U.S. Securities and Exchange Commission (SEC).[17] The main reason for the creation of the SEC was to regulate the stock market and prevent corporate abuses relating to the offering and sale of securities and corporate reporting. The SEC was given the power to license and regulate stock exchanges, the companies whose securities traded on them, and the brokers and dealers who conducted the trading.[18]

For detection of fraudulent activities on the large scale, massive use of (online) data analysis is required, in particular predictive analytics or forensic analytics. Forensic analytics is the use of electronic data to reconstruct or detect financial fraud. The steps in the process are data collection, data preparation, data analysis, and the preparation of a report and possibly a presentation of the results. Using computer-based analytic methods Nigrini's wider goal is the detection of fraud, errors, anomalies, inefficiencies, and biases which refer to people gravitating to certain dollar amounts to get past internal control thresholds.[19][20]

The analytic tests usually start with high-level data overview tests to spot highly significant irregularities. In a recent purchasing card application these tests identified a purchasing card transaction for 3,000,000 Costa Rica Colons. This was neither a fraud nor an error, but it was a highly unusual amount for a purchasing card transaction. These high-level tests include tests related to Benford's Law and possibly also those statistics known as descriptive statistics. These high-tests are always followed by more focused tests to look for small samples of highly irregular transactions. The familiar methods of correlation and time-series analysis can also be used to detect fraud and other irregularities. Forensic analytics also includes the use of a fraud risk-scoring model to identify high risk forensic units (customers, employees, locations, insurance claims and so on). Forensic analytics also includes suggested tests to identify financial statement irregularities, but the general rule is that analytic methods alone are not too successful at detecting financial statement fraud.[21]

Apart from fraud, there are several related categories of intentional deceptions that may or may not include the elements of personal gain or damage to another individual: