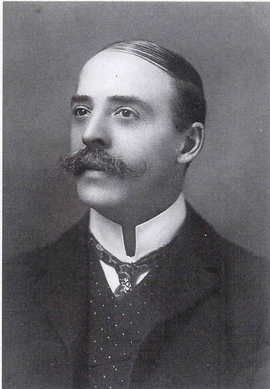 At the age of four years Frederic was brought to England, where his father became treasurer to the opera at Her Majesty's Opera, now Her Majesty's Theatre, and private secretary to William Humble Ward, 11th Lord Ward (1817–1885). The family initially lived at 11 Warwick Crescent, London, in the area known as Little Venice. His first teacher was Henry Russell, and his first published composition, Minna-waltz, appeared when he was only six years old. He produced his first published operetta, Garibaldi, at the age of eight. With the help of the Earl of Dudley, he studied the piano with Julius Benedict, and composition with John Goss. His first public appearance as a pianist was as an accompanist in one of his own early songs sung by Mrs Drayton at a concert in Brighton in the early 1860s. His first genuine public recital was given on 17 December 1863 at the Bijou Theatre of the old Her Majesty's Opera House, and in the following year he performed Mendelssohn's Piano Concerto in D minor at a concert given at Dudley House, Park Lane, the London home of the Earl of Dudley. At the same venue a year later he premiered his Pianoforte Trio in A major with Joseph Joachim playing the violin part.

By the Autumn of 1865 it was the judgment of his instructors, Julius Benedict and John Goss, that they could do little more to further his musical education and recommended that he study in Germany. By coincidence the second competition for the Mendelssohn Scholarship was due to be held that gave its winner three years of tuition at the Leipzig Conservatorium. Cowen attended the examination and won the prize, but his parents intervened, as they were not prepared to give up control of him, as stipulated by the terms of the prize. Instead, they agreed to send him to the same institution, but as an independent student. Charles Swinnerton Heap was awarded the prize in his place. At Leipzig, overseen by Ernst Friedrich Eduard Richter, Cowen studied under Moritz Hauptmann (harmony and counterpoint), Ignaz Moscheles (piano), Carl Reinecke (composition) and Ferdinand David (ensemble work).[1] He also came into contact with Salomon Jadassohn and Ernst Wenzel, and took some private piano lessons with Louis Plaidy. Cowen's fellow students and companions in Leipzig included Swinnerton Heap, Johan Svendsen, Oscar Beringer and Stephen Adams. 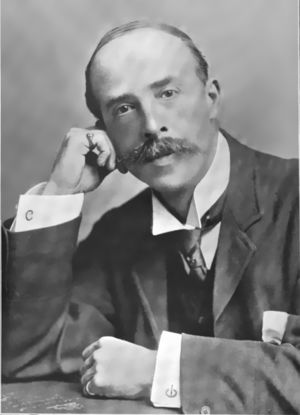 Returning home on the outbreak of the Austro-Prussian War, he appeared as a composer for the orchestra in an Overture in D minor played at Alfred Mellon's Promenade Concerts at Covent Garden on 8 September 1866. In the following autumn he went to Berlin, where he studied composition under Friedrich Kiel and Carl Taubert, and took piano lessons from Carl Tausig, enrolling at the academy created by Julius Stern, known as the Stern'sches Konservatorium. A symphony (his first in C minor) and a piano concerto (in A minor) were given in St. James's Hall on 9 December 1869, and from that moment Cowen began to be recognized as primarily a composer, his talents as a pianist being subordinate, although his public appearances were numerous for some time afterwards.

His cantata, The Rose Maiden, was given at London in 1870, his Second Symphony in F major by the Royal Liverpool Philharmonic Society in 1872, and his first festival work, The Corsair, in 1876 at Birmingham. In that year his opera, Pauline, was given by the Carl Rosa Opera Company with moderate success. His most important work, his Symphony No. 3 in C minor, Scandinavian, which was first performed at St. James's Hall in 1880 and went on to establish itself for a decade as one of the most popular symphonic works in the repertoire, brought him some international recognition.[2] Appearing in 1880, it proved to be the most regularly and widely performed British symphony until the arrival of Elgar's First. In 1884 he conducted five concerts of the Philharmonic Society of London, and in 1888, on the resignation of Arthur Sullivan, became the regular conductor of that society.[3] His employment there came to an abrupt termination in 1892 when he apologised for any shortcomings in the orchestra's performance of Beethoven's Pastoral Symphony before they had rendered it, due to the lack of rehearsal time that he felt he had been given. The directors took umbrage at his remarks and did not renew his contract. In the year of his appointment to the Philharmonic Society, 1888, he went to Melbourne as the conductor of the daily concerts given in connection with the Exhibition there for the unprecedented sum of £5,000. In 1896, Cowen was appointed conductor of the Liverpool Philharmonic Society and of the Hallé Orchestra, succeeding Sir Charles Hallé. He was ousted from the Hallé after three years in favour of Hans Richter. In 1899, he was reappointed conductor of the Philharmonic Society of London. He also conducted the Bradford Festival Choral Society, the Bradford Permanent Orchestra, the Scottish Orchestra (now known as the Royal Scottish National Orchestra) and the Handel Festivals at The Crystal Palace for some years, as well as being a regular attendee at many British music festivals, both as conductor and composer.

Cowen’s career, both as composer and conductor, is now almost forgotten. Although he regarded himself primarily as a symphonist, he was most successful in lighter orchestral pieces when treating fantastic or fairy subjects, where his gifts for graceful melody and colourful orchestration are shown to best advantage. Whether in his cantatas for female voices, his charming Sleeping Beauty, his Water Lily or his pretty overture, The Butterfly's Ball (1901), he succeeds in finding graceful expression for the poetical idea. His dance music, such as is to be found in various orchestral suites, is refined, original and admirably instrumented. Much of his more serious music is commendable rather than inspired and seldom successful in portraying the graver aspects of emotion. Indeed, his choral works, written for the numerous musical festivals around Victorian and Edwardian Britain, typify the public taste of his time. Of his 300 or so songs, they encompass everything from the popular ballad to the high art song, the latter of which led him to be described as the 'English Schubert' in 1898. Indeed, the vogue of his semi-sacred songs has been widespread.

Cowen received honorary doctorates from Cambridge and Edinburgh in 1900 and 1910 respectively, and was knighted at St. James's Palace on 6 July 1911. Cowen married Frederica Gwendoline Richardson at St. Marylebone Registry Office, London, 23 June 1908. She was 30 years his junior and they had no issue. He died on 6 October 1935 and was buried at the Jewish Cemetery, Golders Green. His wife died at Hove, Sussex, in 1971.

Other stage works and incidental music

Works for soloist and orchestra

The following are among the over 300 songs written by Cowen:[4]