Frederic William Maitland, FBA (28 May 1850 – 19 December 1906) was an English historian and lawyer who is generally regarded as the modern father of English legal history.[1]

Frederic William Maitland was born at 53 Guilford Street, London, the only son and second of three children of John Gorham Maitland and of Emma, daughter of John Frederic Daniell. His grandfather was Samuel Roffey Maitland. Maitland's father was a barrister but, having little practice, became a civil servant, serving as secretary to the Civil Service Commission.

Maitland was educated at a preparatory school in Brighton and Eton College, before matriculating at Trinity College, Cambridge in 1869 as a commoner. A dislike of Classics acquired at Eton initially led him to read Mathematics, with little success. Then, inspired by Henry Sidgwick, he switched to the Moral Sciences Tripos, obtaining a First in 1872. The following year he took his degree and won the Whewell Scholarship in international law.[2]

Popular among his contemporaries, Maitland was elected Secretary, then President, of the Cambridge Union.[3] He was also, like his father before him, a Cambridge Apostle. A lover of exercice since his Eton days, he rowed for Trinity and ran for the university.

Maitland's mother had died in 1851, shortly after the birth of his younger sister. Then, both his father and grandfather died when he was still at school. From his grandfather he inherited some land in Gloucestershire.

Career at the bar

After Cambridge, Maitland unsuccessfully tried to gain a fellowship in Philosophy at Trinity College in 1875 with a dissertation entitled "A Historical Sketch of Liberty and Equality". Having joined Lincoln's Inn as a student in 1872, he was called to the bar there in 1876, and became a competent equity lawyer and conveyancer.

Meanwhile, encouraged by Sidgwick, he began a book on property law, but abandoned it out of frustration at certain features of English property law; he expressed these sentiments in an anonymous article in the Westminster Review in 1879, followed by three further articles in the Law Magazine and Review between 1881 and 1883.

Maitland would later write that the day of his first meeting with Vinogradoff "determined the rest of my life". According to H. A. L. Fisher, Maitland was so chagrined by the fact that a Russian knew more about English legal records than he did that he made his first visit to the PRO shortly thereafter, though Geoffrey Elton points out that Maitland had already been working in the archives before he met Vinogradoff. The result of Maitland's initial work was Pleas of the Crown for the County of Gloucester, an edition of a 1221 Gloucestershire eyre roll, which he published at his own expense in 1884 and dedicated to Vinogradoff.

Return to Cambridge and marriage 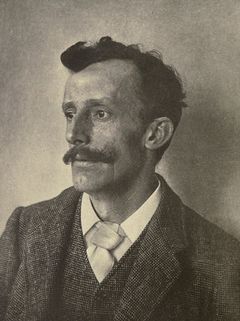 In 1884, Maitland was also elected Reader in English law at Cambridge, having failed to be elected to a readership at Oxford the previous year.[3] The readership had been personally endowed by Sidgwick. In 1887, he published, again at his own expense, an edition of Bracton's note book in three volumes, acting on a suggestion by Vinogradoff. He also published extensively on legal history in the Law Quarterly Review, which was edited by Sidgwick.

On 20 July 1886, Maitland married Florence Henrietta Fisher in a village church in Hampshire. He had met her through Stephen: her aunt was Stephen's second wife. Fisher was the daughter of Herbert William Fisher and the sister of H. A. L. Fisher, a future Liberal minister and Maitland's biographer. They had two daughters: Ermengard (named after a woman who appeared in Bracton's note book) in 1887 and Fredegond in 1889. By all account the marriage was a success, and the household a happy one.

In 1888, Maitland was elected Downing Professor of the Laws of England, becoming a fellow of Downing College. On 13 October 1888 he gave his inaugural lecture, "Why the History of English Law is Not Written". The post carried with it an official residence, and Maitland's family settled in happily. He held frequent musical gatherings, and kept a series of exotic pets, including a monkey, a meerkat, and a badger.

In addition to teaching duties, Maitland served on numerous University and college bodies. He advocated for a number of reforms, including the abandonment of Greek as a compulsory entrance subject and the admission of women to degrees. In March 1897 he helped defeat a proposal for the creation of a women-only university as an alternative to granting them Cambridge degrees, with a speech which was long afterwards remembered.

In 1887, Maitland was among the founders of the Selden Society, established to promote the study of the history of English law, mainly through the publication of English legal manuscripts. The Society's first years were rocky: its Treasurer, P. E. Dove, committed suicide in 1894, leaving behind a deficit of £1,000. Nevertheless, the Society published a steady stream of volumes under Maitland's direction as its first Literary Director. He personally edited eight volumes for the Society, contributed to more, and personally reviewed the proofs of every volume.

Meanwhile Maitland published extensively elsewhere, making important contributions to the Cambridge Modern History, the English Historical Review, the Law Quarterly Review, Harvard Law Review and other publications. He delivered the Ford Lectures in English history at Oxford in 1897 (later published as Township and Borough) and the Rede Lecture in 1901.

His most important work The History of English Law Before the Time of Edward I, appeared in 1895. It was co-authored with his friend Sir Frederick Pollock, though the latter only write the chapter on Anglo-Saxon law: "Chapter 1...was Pollock's work, and Maitland's reaction was never to let him write another." Popularly known as "Pollock and Maitland", The History of English Law has been described as "the best book on English legal history ever published in the English language."[4]

In 1902 Maitland was offered the Regius Professorship of Modern History at Cambridge by Arthur Balfour in succession to Lord Acton, but declined.[3] In the same year he became one the founding fellows of the British Academy.

Posthumous publications by his students, editing their lecture notes based on his lectures, include The Constitutional History of England, Equity, and The Forms of Action at Common Law. The latter publication has been repeatedly reprinted, and contains perhaps his most-quoted observation, which still appears in learned articles and superior court judgments: "The forms of action we have buried but still they rule us from their graves."

Maitland's health began to deteriorate in the 1890s: the exact nature of his illness remains unclear, but has been variously ascribed to tuberculosis or to diabetes. In 1898 he suffered from an attack of pleurisy, and thereafter he wintered either in the Canary Islands or in Madeira. In December 1906, he left Cambridge for the Canaries for the last time: during the trip, he contracted influenza, which turned into double pneumonia. He died at Las Palmas and was buried in the English Cemetery there.

Upon his death, the University of Oxford presented an address of condolence to Cambridge, described by Sir Geoffrey Elton as an "unprecedented tribute."[5]

His written style was elegant and lively.[6] His historical method was distinguished by his thorough and sensitive use of historical sources, and by his determinedly historical perspective. Maitland taught his students, and all later historians, not to investigate the history of law purely or mostly by reference to the needs of the present, but rather to consider and seek to understand the past on its own terms.

In 1889, Maitland was invited by Henry Maxwell Lyte, the Deputy Keeper of the Public Records, to examine and edit the petitions presented to Edward I's parliament. Maitland quickly determined that the task was too large to be completed by one man. However, by chance he discovered a hitherto-unpublished parliament roll from 1305, which he edited and published in 1883 as part of the Rolls Series. This formed the basis of what Elton described as his "most explosive contribution to English history." At the time, it was generally believed that early English parliaments were, from the beginning, an assembly of the estates of the realm who met to discuss affairs of state. This view had been laid down by Stubbs, who based his view on the 1295 "Model Parliament". In his introduction to the 1305 roll, Maitland instead proposed that early English parliaments were judicial bodies which met mainly to receive petitions to address grievances. Though the revolutionary nature of Maitland's suggestion was only realised later, most historians have come to accept Maitland's view.

Maitland married Florence Henrietta Fisher, daughter of the historian Herbert William Fisher, in 1886[7] and they had two daughters, Ermengard (1887–1968) and Fredegond (1889–1949); after Maitland's death his widow married Sir Francis Darwin, a son of Charles Darwin. Florence Fisher's brother, the Liberal scholar and politician H. A. L. Fisher, edited Maitland's papers and lectures on English constitutional history after his death.

Maitland was held in high regard by his contemporaries. Lord Acton called him the ablest historian in England

Maitland's reputation has stood high since his death. Speaking in 1980, S. F. C. Milsom said that Maitland is "not just revered but loved" by historians, while in 1985, Sir Geoffrey Elton wrote of Maitland as the "patron saint" of historians.

Maitland held honorary doctorates from the universities of Cambridge, Oxford, Glasgow, Moscow and Cracow. He was one of the founding fellows of the British Academy, an honorary fellow of Trinity College, Cambridge and honorary bencher of Lincoln's Inn.

The Squire Law Library of the Faculty of Law at the University of Cambridge contains the Maitland Legal History Room. The Maitland Historical Society of Downing College, Cambridge, is named in his honour. He is commemorated in Poet's Corner, Westminster Abbey, the first professional historian to be so honoured.[8]

His principal works include:[7]