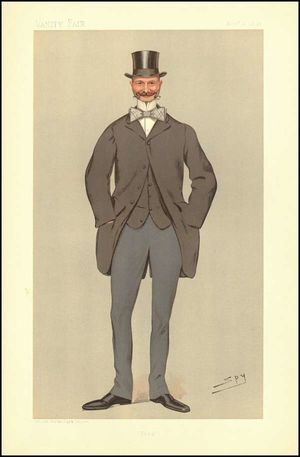 Morgan was the son of Sir Charles Morgan Robinson Morgan, 1st Baron Tredegar, 3rd Bt., by his wife Rosamund Mundy. Morgan was commissioned into the Rifle Brigade in 1853 and fought in the Crimean War. He was promoted Lieutenant in 1854 and Captain in 1855. In 1860 he left the Regular Army and joined the 2nd Monmouthshire (1st Newport) Rifle Volunteers, becoming Lieutenant-Colonel commanding the 1st Administrative Battalion of the Monmouthshire Rifle Volunteers later the same year. He resigned his commission in 1873. He later commanded the 2nd Volunteer Battalion of the South Wales Borderers and was promoted Colonel.

Morgan was elected Member of Parliament for Monmouthshire in the 1874 general election and held it until the reorganisation under the Redistribution of Seats Act 1885. In the 1885 general election, he was elected MP for South Monmouthshire. He was re-elected successively four more times in 1886, 1892, 1895, and 1900. His uncle Charles Octavius Swinnerton Morgan (1803–1888) had represented the old constituency of Monmouthshire from 1840 to 1874.

Morgan lived at Rhiwperra or Ruperra Castle, and died at the age of 74.

Morgan married Charlotte Anne Wilkinson and had two sons and two daughters; both of his sons (and two grandsons) eventually succeeded to the Tredegar barony with the elder son and his own son becoming viscounts (1926 recreation). Children: