Hervey was the son of Lord Augustus Henry Charles Hervey (1837–1875), the younger brother of the 3rd Marquess of Bristol.[citation needed]

He was educated at Tonbridge School and Eastman's Royal Naval Academy before joining HMS Britannia as a cadet. He was a midshipman by the age of 15.

In August 1901 he was appointed to command the cruiser HMS Prometheus,[2] which was commissioned to serve in the Channel Squadron the following September.[3] He was promoted to Captain on 31 December 1901,[4] and later became a Rear Admiral.[5]

Hervey was elected at the general election in January 1906 as Member of Parliament (MP) for Bury St Edmunds, but automatically resigned in August the following year when he succeeded his uncle in the peerages.[1] 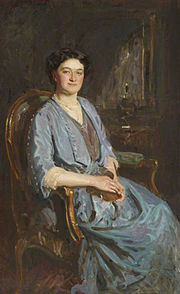